Button, button, who's got the button?

Well, this is a little strange.
Today the Globe and Mail published a story about how Canada's pandemic early warning system within the Public Health Agency of Canada has been muzzled under the Harper Conservatives in 2014, and how the Liberals had said they would change this but then they never did. So as a result, the epidemiologists in the early warning system, called the Global Public Health Intelligence Network (GPHIN), were silenced just when Canada needed them the most.
Other than not actually telling us which the individuals or offices are responsible for the muzzling, its an explosive article:

Early detection is as much an art as it is a science.
The disease is hiding, but the signals are detectable.
Acting quickly can have a big impact on the outcome. With COVID-19, the signals began small, but grew louder.
“We all had enough warning,” she said. “We saw what happened in China, in Italy,” Dr. St. John agrees. “The signal was there,” he said.
However, few people outside GPHIN knew Canada’s early warning alert system had effectively stopped working, just when it was needed most.
When Ms. Thornton, the vice-president in charge of the alerts, appeared before a House of Commons committee in May to face questions about Canada’s handling of the pandemic, she was asked how the government had tracked the spread of the virus.
Ms. Thornton referenced GPHIN and the work it did. Though she made no mention that GPHIN had not issued a single alert in the previous 12 months. Nor did she mention that analysts had been assigned to other work, or that GPHIN had not sounded any further alarms on COVID-19 developments after the outbreak became known – even though the department’s own guidelines required as much.
As far as the committee knew, Canada’s surveillance system had been operating as it always had.
It’s not easy to know the consequences of such decisions, but Mr. Garner, the former senior science adviser at Public Health, says he believes Canada’s early response to the outbreak – which has been criticized for being slow and disorganized – was a product of the many changes he saw made to the department.
Those changes helped move Public Health’s focus away from science, he said, which slowed down its ability to react effectively – and with maximum urgency.
“All of these things have tragically come home to roost,” Mr. Garner said.
“Not to be overdramatic, but Canadians have died because of this.”

A pretty damning indictment of the Public Health Agency of Canada, and of the Canadian government.
But then I also found this: in April, the CBC published a story that said GPHIN had been undergoing a technical upgrade in 2019, and that's why it hadn't issued alerts about COVID19 until the end of December.

CBC News has obtained a series of internal public health agency documents and slide-presentation decks — including one given by a senior epidemiologist from the Public Health Agency of Canada (PHAC) last November on the eve of a pandemic that has since killed tens of thousands and crippled the world economy.
The documents bring into sharper focus the kind of information key decision-makers had at their fingertips as the outbreak started in China and raise questions about how seriously global pandemic preparedness was being taken within the federal government.
The records show GPHIN was in the middle of a long-overdue technology upgrade as the virus was spreading.
Despite almost four years of work with the National Research Council of Canada, the early warning system was — as of last fall — still in need of "improvement in the geographical and time tagging algorithm," according to a Nov 12, 2019 presentation to a WHO conference in Seoul, South Korea by senior epidemiologist Florence Tanguay.
That algorithm is crucial to the system's ability to sort through as many as 7,000 online articles per day to spot disease outbreaks around the globe.
The network also was awaiting an "expansion to new data sources," such as social media feeds.
From its inception in the late 1990s, GPHIN had relied on news wire services and later local media articles posted online.

So now I'm not sure what was going on in Canada last January and February.
Maybe GPHIN was issuing timely and accurate reports on the emerging virus but Public Health Canada was minimizing their analysis and not sending the reports up the ladder to government.
Or maybe because GPHIN was basing its alerts on wire services, its reports were no longer regarded as reliable enough for PHAC and government to count on.
Either way, it does sound like somebody maybe dropped the ball, doesn't it?
And I hope there might now be some attempt to figure out what really happened.
Posted by Cathie from Canada at Saturday, July 25, 2020 No comments:

Messenger of the gods

The last time Comet NEOWISE was visible in our sky, Stonehenge had not yet been built. 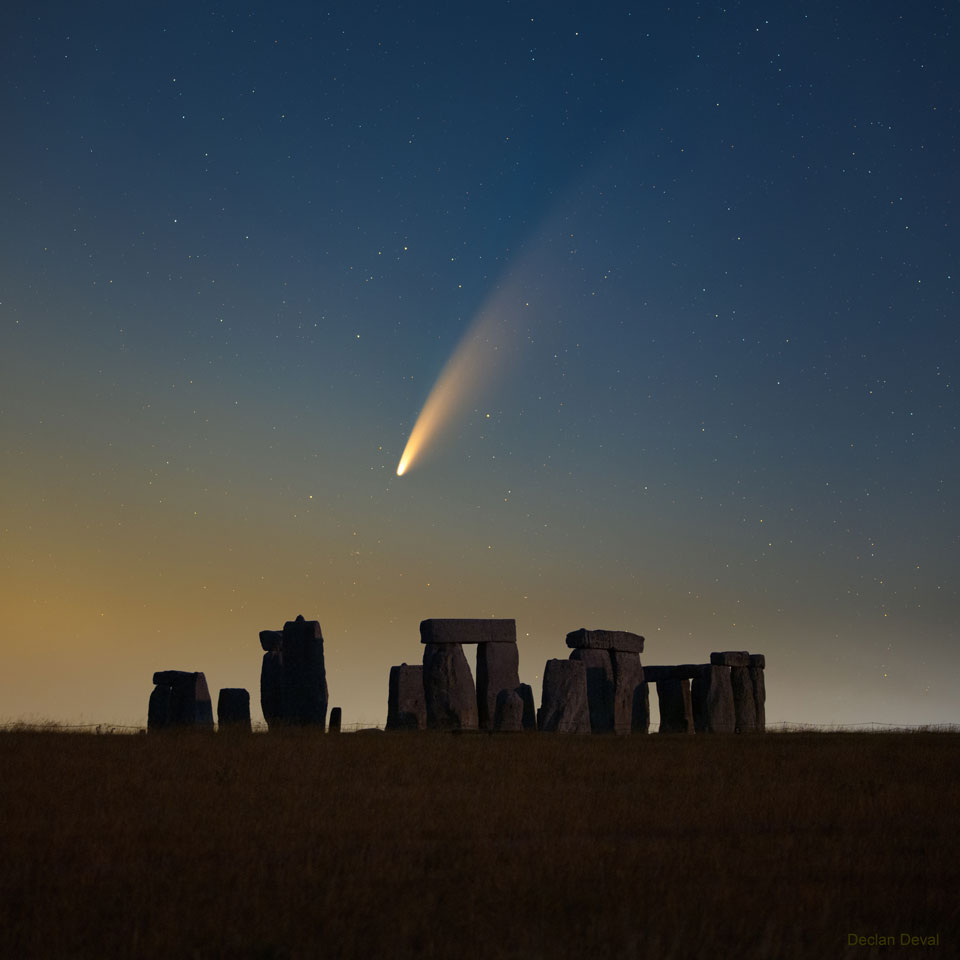 Comets used to be seen as messengers of the gods, sent to tell us something important.
This time, maybe its just "wear a mask and keep your distance!"
Posted by Cathie from Canada at Saturday, July 18, 2020 No comments:

How Canadian is this scandal, really?

So I guess the Globe and Mail thinks we're supposed to be outraged now that prominent Canadians have raised money for an outstanding charity?
What a typically Canadian scandal this is.
I guess only non-entities like me are ever supposed to raise money for charities - over the years I have given a few bucks to the Saskatoon Food Bank and the Canadian Wildlife Federation, and I went door-to-door for the Heart and Stroke Foundation, and for Diabetes Canada.
So as far as the Globe and Mail is concerned, that's OK as long as I never achieve any public prominence or get active in politics years after.
Because hey, how dare people like Katie Telford and Seamus O'Regan, back in 2010, years before they were involved in politics, volunteer to work on creating artworks in developing countries, to support a charity then called Free The Children which later morphed into WE Charity and then later still got money from the feds to run a gigantic volunteer effort to give Canadian university students some support during COVID summer.
Can't have that.  This corruption must be STOPPED I tell you! And The Globe and Mail is ON IT!
I guess if I ever do become a cabinet minister or something, I'll have to make very very sure that I never never have anything to do with any decisions around funding for, say, the Heart and Stroke Foundation. After all, I could be charged with having an awful and corrupt conflict of interest, I guess.

What I learned about Canadian politics this week: charities that administer services to young people bear a level of scrutiny that a pipeline company given billions from the Alberta taxpayer for Keystone (which will never be built) doesn't have to face#cdnpoli

I would think that sometime next week, or maybe the week after, we will start seeing news stories with Conservatives and NDP expressing deep deep concern for the horrible situation of Canadian post-secondary students, with lots of hand wringing about what in the world they are going to do for money to pay tuition this fall. Somehow, its all going to be Trudeau's fault again of course.
Oh gag me with a spoon.
Trudeau's Canada Student Service Grant idea was a good one, innovative and useful, another Trudeau success.
Oh, can't have that.  Not during a Conservative leadership campaign, when they were all just desperate to knock the Liberals off their perch at a time when Trudeau is so popular across Canada and around the world. It had to be trashed, and trashed it has been.
Of course they had to trash an outstanding Canadian children's charity while they were at it, but can't make an omelette without breaking eggs.
So what can be done now? Well, nothing. I might be wrong but I think its too late to fix it this summer.
Trudeau should just expand CERB eligibility to anyone who intends to go to school in the fall.  Move the Student Service Grant funds into the CERB budget, and let students claim the benefit for July and August, and just be done with it.  I think they would each get about $4,000, which would be something.
And he can urge them to volunteer somewhere, too. Maybe the service grant program can continue in the fall and winter, when government staff will have the time to run it.
Ending this post on a more cheerful note, here's some funny:

REASONS TO NOT WEAR A FACE MASK pic.twitter.com/Ah75mzSF24

This is how the evolution of the desk works pic.twitter.com/1NcmZ17epV

You need this. We all need this. #LoveWins#FreshTweets @thegoodgodabove TY

Canada is an amazing place to call home, and its people make it even better. We’re always there for each other - in good times and bad - and we always will be. And that’s worth celebrating. Happy Canada Day, everyone! https://t.co/SDC41cWOY0 pic.twitter.com/2OKNyxGEqe

Our nation was founded on a simple idea: We're all created equal. We've never lived up to it — but we've never stopped trying. This Independence Day, let's not just celebrate those words, let's commit to finally fulfill them. Happy #FourthOfJuly! pic.twitter.com/1WrATlx8Xl

Here's another good one, from Arnold Schwarzenegger:

Happy birthday, America. Thank you for letting me live the American Dream. We must fight every day to make sure that dream is as true for a Black child born in Minneapolis as it was for a white bodybuilder born in Austria. via @attn pic.twitter.com/rM95vb3twC

And nothing in either of Trump's speeches is worth repeating. But here's a summary, in case you missed them both:

As Frederick Douglass delivered a swiff and swippy victory in Operation Desert Storm in Vietnam, protected against the oranges of totalittotalitotarianism, with super duper missiles and stock rocket records. God bless the United Schates and rid us of Obamanacare.#TrumpIsUnwell

Posted by Cathie from Canada at Saturday, July 04, 2020 No comments: