So dumb that its a classic!

Tom and Lorenzo review the world's dumbest Christmas movie: Musical Monday: White Christmas , with the worst costumes ever worn on a fake stage.

Posted by Cathie from Canada at Friday, December 26, 2014 No comments:

With A Little Help From My Friends

Posted by Cathie from Canada at Monday, December 22, 2014 No comments:

Canada's newest Harper-picked Supreme Court Justice may well turn out to be another Mike Duffy or Pam Wallin in the making.
In this Toronto Star article, she sounds like an entitled and egotistical nut case:


...Madame Justice Suzanne Côté battled five years with Revenu Québec, the provincial tax agency, after she claimed annual expenses of $50,000 to buy work clothes for each of three years from 2004 to 2006. During that same period, the top-flight Montreal lawyer claimed more than $25,000 in expenses related to personal care, as well as other miscellaneous items.
Court documents show that Côté made claims for tax deductions totalling $204,685 over those three years and that those claims were rejected by the Quebec tax agency.
...
Revenu Québec noted in a statement of defence that it began auditing Côté’s expense claims in 2007 and that she refused on four separate occasions to provide receipts or other documents that would justify her claims.

Fighting a five-year legal battle? To defend a $200,000 deduction? For clothing?
Apparently the usual black legal gowns that lawyers wear in court cost about $800.  How many did she buy?  Or does she think the Quebec bar also requires its high-powered lawyers to wear fur coats and Armani suits?
Of course, all the receipt documentation has now been withdrawn so we -- the public who will be paying her salary for the next four decades -- aren't going to be allowed to know exactly what items of clothing or grooming she thinks she should be entitled to deduct from her taxable income.
Oh well, if her bills get to be too high, we can always cut back on payments to veterans...
Posted by Cathie from Canada at Wednesday, December 17, 2014 No comments:

Oh, you shouldn't have!

Just a little bloggy roundup of some really bad gift ideas from here and there on the web.
First, a jolly old elf, from Mock Paper Scissors: From Dr. Grumpy, a really cute little toy giraffe which you should definitely give to someone with really awful kids:


And what real guy wouldn't love this calendar featuring girls, and fish: 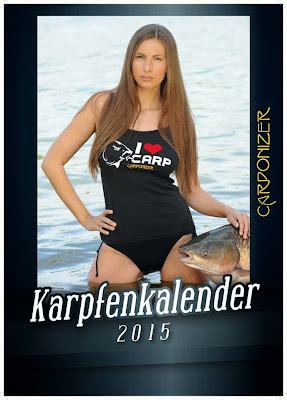 From Marie Claire, a "Life Gem" -- it looks sort of pretty, doesn't it?  But then you find out what its actually made of....

Posted by Cathie from Canada at Monday, December 15, 2014 No comments:

Bush and Cheney corrupted the soul of the United States when they adopted torture as a state policy -- and in return all they got was a s**t sandwich.

Posted by Cathie from Canada at Tuesday, December 09, 2014 No comments:

The New York Times quotes protestors across the country saying "No justice. No peace. No racist police." Yes, they're finally calling police racist, in spite of the pearl-clutchers at Fox News.
As Charles Blow writes


Racism is a real thing, not because the “racial grievance industry” refuses to release it, but because society has failed to eradicate it.
Racism is interpersonal and structural; it is current and historical; it is explicit and implicit; it is articulated and silent.
Biases are pervasive, but can also be spectral: moving in and out of consideration with little or no notice, without leaving a trace, even without our own awareness. Sometimes the only way to see bias is in the aggregate, to stop staring so hard at a data point and step back so that you can see the data set. Only then can you detect the trails in the dust. Only then can the data do battle with denial.. . .
The activism that followed Ferguson and that is likely to be intensified by what happened in New York isn’t about making a martyr of “Big Mike” or “Big E” as much as it is about making the most of a moment, counternarratives notwithstanding.
In this most trying of moments, black men, supported by the people who understand their plight and feel their pain, are saying to the police culture of America, “We can’t breathe!”

Posted by Cathie from Canada at Friday, December 05, 2014 No comments:

Reflections on racism and the police

Two long reads from Gawker, of all places, on racism and police: Why Should Anyone "Respect" the Law?:


How can you ask people to respect the law when the law does not respect them? How can you remind them of the importance of the process when Missouri and New York are reminding us the process is hopelessly broken?
There is a troubling trend in American thought that holds we should "respect" cops as we might "respect" venomous snakes: by staying away from them, by avoiding eye contact, by not making threatening gestures.

Can You Breathe? Reflections on Non-Indictments, Activism and Black Life


It's hard to continue to care. For many of us, by the time we heard the non-indictment of Garner come down we were numb. Some of us got numb when we saw loved ones beaten within an inch of their lives by cops and realized that no one cared—not the grand jury, not internal affairs, not the mayor, not even the politician who promised to get tough on corruption. Some of us have been numbed by what we have access to—hey, who doesn't want to get that 60-inch flatscreen TV on discount? Some of us are numb because the cost of caring is reckoning with the vulnerability we all must come to grips with—you may have three or four college degrees but your skin remains a target. We've got to care enough to fight.
We've got to fight the system. We've got to struggle with ourselves. Love ourselves enough to correct ourselves. Love each other enough to remind each other that we got this. That our ancestors have already showed us ways and walk with us now. We've got to love so that we can see a new day. When I look at my daughter in resting slumber, I get haunted with visions of the reality that she will face. I get scared. I get angry. I fight that with ancestral love. I fight it with knowledge that if we wake up, nothing can put us to sleep. I fight because I love her.

Posted by Cathie from Canada at Thursday, December 04, 2014 No comments:

Trying to put lipstick on a pig

The Harper Cons are trying to put lipstick on a pig:


An aide to Prime Minister Stephen Harper has taken over as chief of staff to embattled Veterans Affairs Minister Julian Fantino as opposition MPs call for his resignation.
...Fantino, who has appeared chippy in his dealings with some veterans. In February, he was forced to apologize for his snub of veterans upset by the closing of regional Veterans Affairs offices. More recently, he was chased down a hall by a woman crying out to him, seeking help for her husband suffering from post-traumatic stress. Fantino didn’t stop to talk with her.
Fantino is the face of the problem but the problems run deeper into the bureaucracy that has an insurance company mindset in dealing with veterans who need help, said retired colonel Pat Stogran

Actually, my husband worked forty years with insurance companies -- any company that treated people like this would have gone out of business. And a CEO who acted like Fantino would have been fired long ago.
Posted by Cathie from Canada at Tuesday, December 02, 2014 No comments: