I dreaded the media approach to the tenth anniversary of 9/11 because in 2001 it took me weeks to stop seeing the towers fall every time I closed my eyes.
And I am now getting increasingly snitty about how we mis-remember that day -- I read about "seeing the first tower hit" when there was actually no real-time coverage at all of that terrible moment -- videos of the first hit were accidental, and were not found and broadcast until hours or days later. Even the TV coverage I saw of the second hit was from across the river, so it wasn't very clear at first what had happened.
And I am also now getting increasingly worried about how our politicians continue to use the attack as an excuse to abuse our civil rights and drive a religious wedge between east and west.
But, in spite of all that, there are some amazing stories now being told about courage, fortitude and sacrifice on that day:
F-16 pilot was ready to give her life on Sept. 11
The story behind the Falling Man photo
The hated, the hater and 9/11
Mexican firefighter ran into the twin towers
World Trade Centre survivor emerged from wrecked tower, but never left it behind
9/11 Remembered
and 9/11 rescue dogs 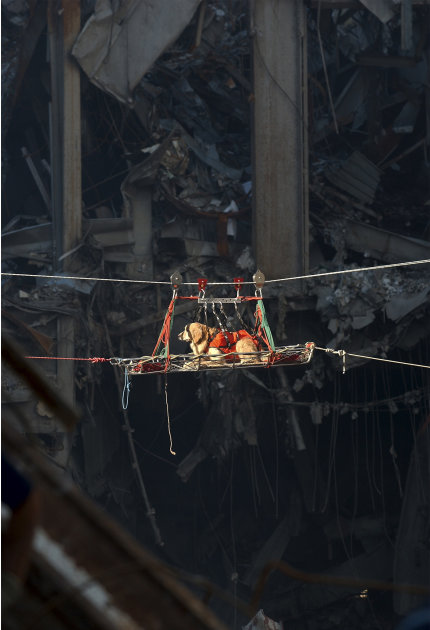 They're baaaaak!
Great line of the day
Unprecedented?
How refreshing!
Looking for leadership
We hear you now
It's officially fall
I guess they just can't help it
Oh, please...
Update
Tweets by CathieCanada