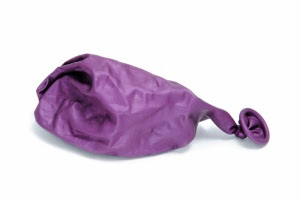 Defence Minister Peter MacKay used one of only three search-and-rescue helicopters available in Newfoundland to transport him from a vacation spot last year, CTV News has learned.

In an apparent attempt to dodge reporters, Dechert on Wednesday arrived for the daily question period through a loading dock entrance at the back of the Centre Block. He was dropped off by someone driving a minivan.

Parliament Hill was buzzing Tuesday over news that Ottawa hired management consulting firm Deloitte Inc. to advise the cabinet and senior officials on how to erase the federal deficit by 2014-15. The Aug. 15 contract is worth up to $19.8-million. Because it only runs until March 31, its cost works out to about $90,000 a day.

The session is three whole days old.
And here's the guy they all once thought would do such a great job on setting a Conservative agenda for Toronto:

Mayor Rob Ford has talked the talk on the need for budget cuts. He declined to walk the walk when he had the opportunity on Tuesday morning.
In a significant concession to public opposition and to queasy council allies, Ford voted at the end of a 20-hour executive committee meeting to reject some proposed cuts and to put off decisions on almost all of the others to the 2012 budget process, which begins in November and ends in mid-January.

So after a lot of people went through a lot of misery, in the end Ford deflated like a pricked balloon.

Margo Martindale wins an Emmy
Exceptionalism
Your lying eyes
Shooting themselves in the foot?
Perspective. Now you have it
Sorry
911 stories
They're baaaaak!
Great line of the day
Unprecedented?
Tweets by CathieCanada