Making prejudice into a Canadian "value" 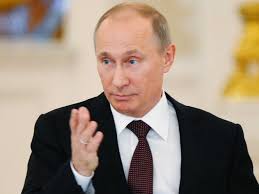 The PQ "values charter" would enshrine religion as a justifiable reason to discriminate against people in Quebec:


it would promote religious segregation by stigmatizing the devoutly religious, explicitly exclude them from employment in the public sector and implicitly encourage discrimination against them in the private sector.
In the particular case of women from minority religious communities, it would promote not the integration into the workforce that would expose them to other values, but their isolation and impoverishment.

The Globe and Mail describes this as "Putinesque". Don MacPherson at the Montreal Gazette calls it as "sinister, ridiculous and pathetic." A Quebec mayor doesn't want the PQ government to "play petty politics on the backs of citizens".
Though in practice it would be virtually unenforceable -- and ultimately the Canadian Supreme Court would throw it out -- the whole country will be tainted by this idiotic charter, just like we were by the Quebec soccer turban ban mess last spring.
Merci beaucoup, Pauline.
Posted by Cathie from Canada at Tuesday, August 20, 2013