This is very bad and its going to get worse 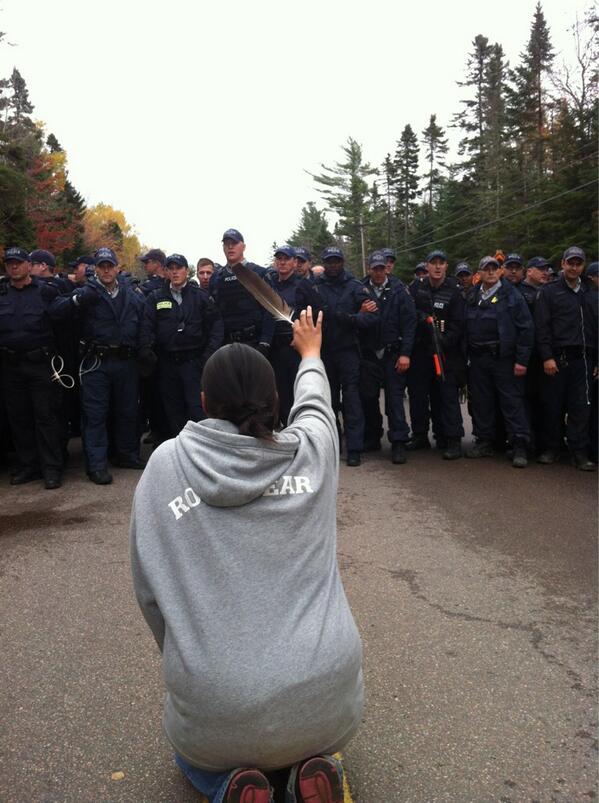 The Mi'kmaw protest against hydro-fracking in New Brunswick has been going on for months. So why was it this morning that RCMP moved in?
Rabble says:


It is more than coincidental timing -- it was obviously strategically calculated with the completion of the Governor General's Speech from the Throne and the end of the United Nations Special Rapporteur James Anaya's visit to Canada. Yesterday morning, we awoke to reports from the Mi'kmaw of swarms of RCMP dispatched to Elsipogtog to enforce Harper's aggressive natural resource agenda. He has effectively declared war on the Mi'kmaw.

The Rabble article also describes what happened this morning:


Media reports 200 RCMP officers were dispatched, some of them from the riot squad, armed with shields, assault rifles, batons, tear gas, rubber bullets, pepper spray and snipers. Some of the RCMP, in full camo, hid in the woods, while the others formed a large barricade on the highway blocking any movement by protesters.
The Chief and Council were arrested, as well as numerous other protesters all while scrambling cell phone signals, cutting live video feeds and blocking media access to the site. Reports of RCMP pointing their assault rifles at elders and snipers aiming their scopes at children led to the burning of several RCMP cruisers.

Here's another photo from an earlier Krystalline Kraus article, also in Rabble: 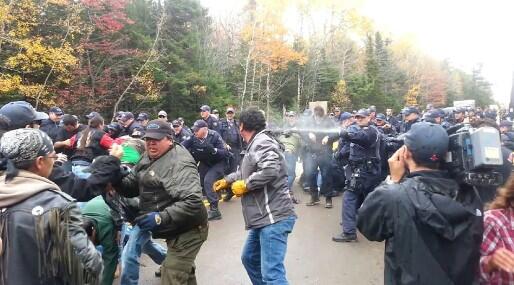 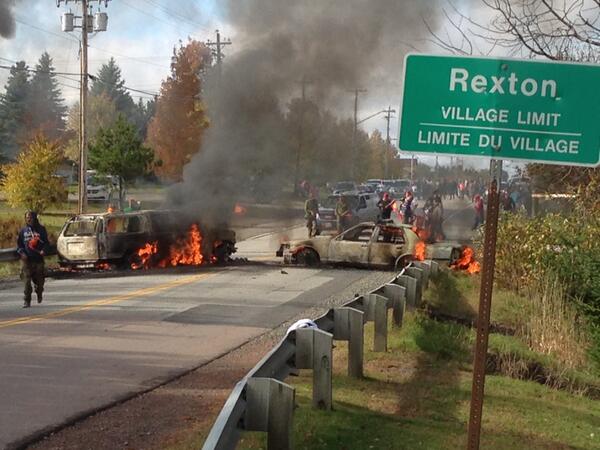 Of the 11 photos in a Toronto Star photo gallery, seven of them were of the burning cars.  The media just LOVE burning cars, don't they.
Posted by Cathie from Canada at Thursday, October 17, 2013