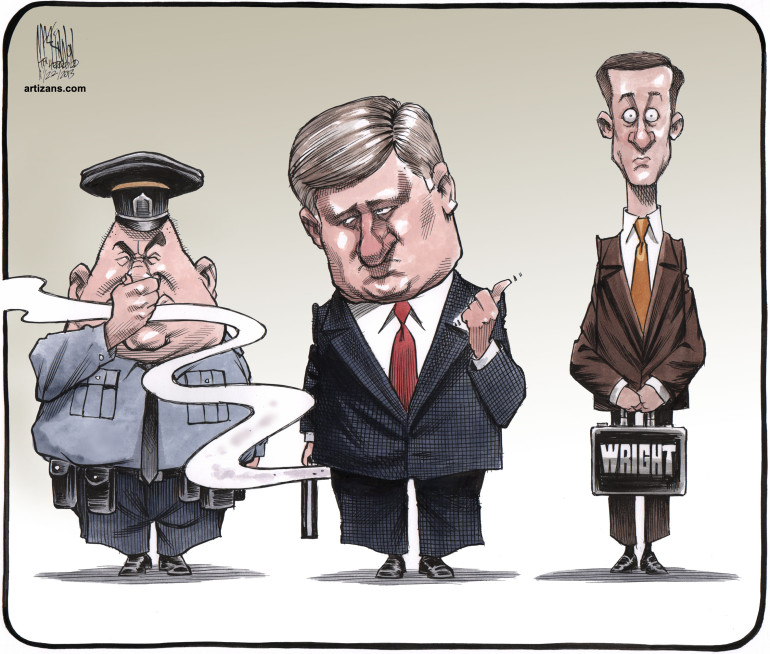 So what WAS Harper paying such attention to in February and March, 2013, that he didn't bother to ask anyone about the Duffy situation?  Well, the NHL lockout ended in January, the Brier was in March, and in April Justin Trudeau was elected Liberal leader.
Posted by Cathie from Canada at Sunday, November 24, 2013