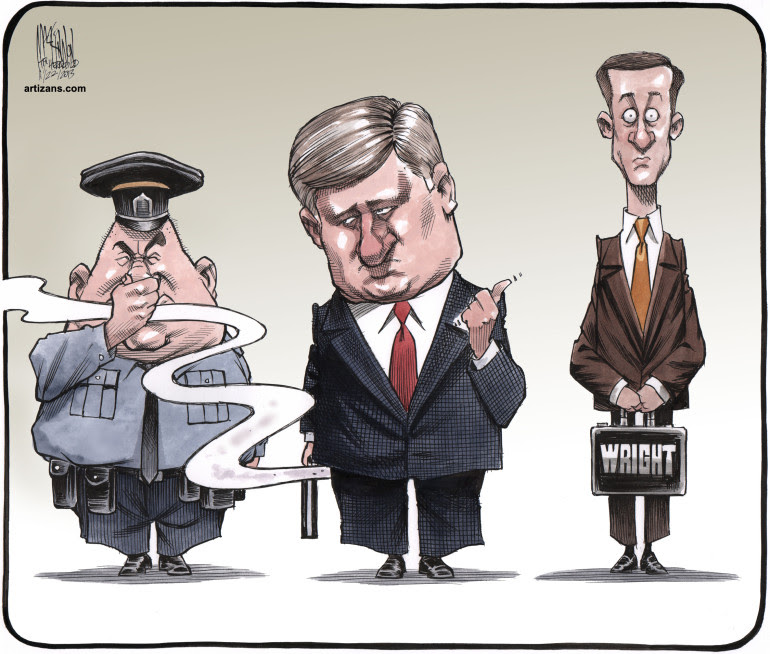 So what WAS Harper paying such attention to in February and March, 2013, that he didn't bother to ask anyone about the Duffy situation?  Well, the NHL lockout ended in January, the Brier was in March, and in April Justin Trudeau was elected Liberal leader.

I feel like Charlie Brown's football
Just shut up
Now there's something you don't see everyday
Rider Pride
Krusty and his brother will now be appearing on Su...
Beautiful
Lest we forget? The Harper Cons have forgotten
Proof positive
The least of these
A thing of beauty
Tweets by CathieCanada