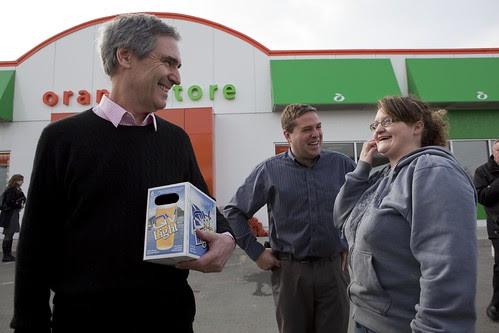 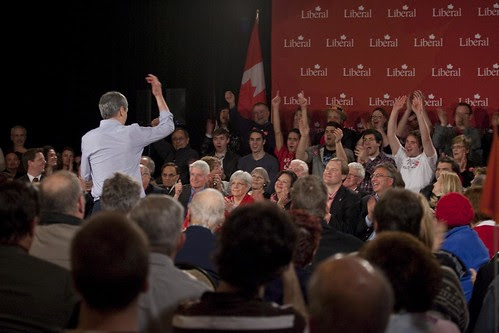 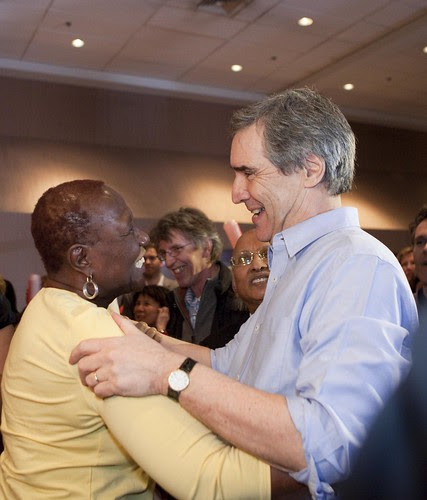 Iggy is winning the rallys and the campaign stops, but his biggest challenge is yet to come -- getting Canada to view him as a potential Prime Minister. In the Toronto Star, Bob Hepburn writes:

Both Ignatieff and Harper are polarizing figures in federal politics. But after five years as prime minister, Harper is a known commodity, with all his strengths and weaknesses already well established in voters’ minds and with three national campaigns under his belt as Conservative leader.
Ignatieff, however, is still relatively new to national politics, untested in the heat of a federal campaign.
That’s why Ignatieff, who has emerged over the first 12 days of the election as a surprisingly smooth, confident-sounding campaigner compared with Harper’s peek-a-boo-style of campaigning, must score a decisive win in next Tuesday’s leaders’ debate on English-language television.. . .
On Tuesday, Ignatieff will get his best chance to sell himself to Canadians. It won’t be easy, but it can be done.
“Ignatieff has to speak and act like a prime minister” in the debate, says Jim Gray, a Toronto presentation skills coach and author of How Leaders Speak. “His goal should be to get the audience to readily imagine him in that role. It all starts with the rationale: How would Canadians be better off under Ignatieff than Harper. He needs to establish the rationale early on — simply, clearly and confidently — and keep going back to it.”
Gray, who has coached politicians over the years, says Ignatieff is improving as a communicator. “He’s more relaxed on the campaign trail, more engaging, more real. That’s how he must be in the debate.”