Justice Minister Peter MacKay told reporters on Parliament Hill Wednesday morning he has tasked the justice department "with looking at and coming forward with what could be a draft legislation."
"We have not arrived on the exact mechanism in which that could be done. The prime minister has signalled an openness to this," he said.

Yeah, I'm sure he has.  Somehow, I never thought Harper was sincere when he sang the "I get high with a little help from my friends" line.

Either the Harper Cons are desperately trying to subvert Trudeau's popular pot-legalization policy, or MacKay is so far off the Con reservation he cannot see the borders from here.

Or both, of course.

I wonder if this is the next ball cap we will see MacKay wearing? 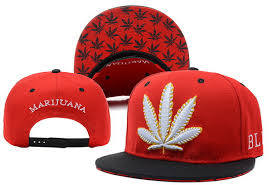 Posted by Cathie from Canada at Wednesday, March 05, 2014