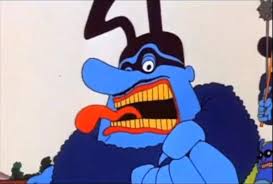 It only took six years, but the Harper Con clawback of disability benefits for injured Mounties has finally been ended:

Lawyers for a group of disabled RCMP officers say they have reached a settlement with the federal government over disability payments that were clawed back....

The case involves about 1,000 disabled RCMP officers who had seen their long-term disability payments reduced by the amount they received every month in disability pension payments from the Veterans Affairs Department.

The proposed agreement also means the reduction would end for all RCMP veterans now receiving benefits and Mounties who are medically released in the future....

The case is almost identical to one that a judge deemed harsh and unfair in a class-action lawsuit by military veterans.

About 8,000 wounded military veterans were awarded a $887.8-million settlement after former army sergeant Dennis Manuge launched a class-action suit against Ottawa in 2007.

Now if they could just stop insulting veterans with one penny cheques....

But I guess the Harper Cons have been trying to save money so they can run some more of their damned Action Plan ads:

One popular reason to vote for the Liberals in 2016 will just be to STOP the ridiculous ads.