Hillary fights on -- and makes points

Hillary says -- its the map, not the math.

"I believe I will win; I believe my opponent could win." 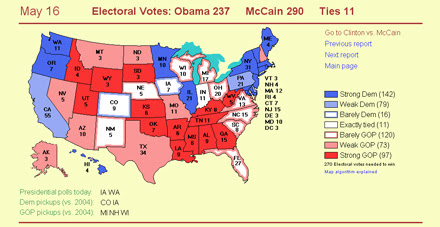 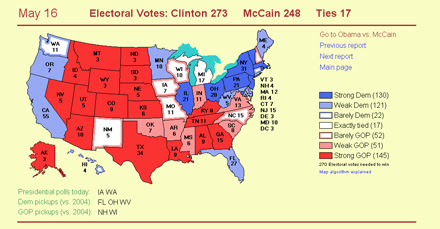 Here's some state-by-state analysis.
Now, I don't believe that women will stay home, however disappointed they may be if Hillary is not nominated -- Hillary has said she will work her heart out for Obama and I believe her.
And its a long time until November, and maybe Obama can inspire enough new voters in those red sttes to turn them blue -- provided they actually turn out and provided all the GOP voter repression laws actually allow their votes to count.
But even Cokie Roberts makes sense.