Change, we can believe in... 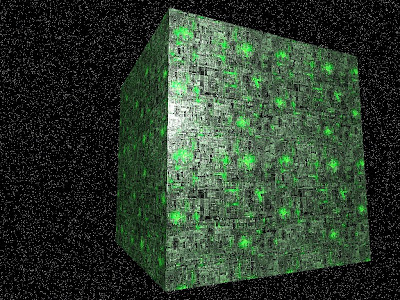 ...but not this. Obama starts his Long March to the same-old, same-old. And Keith Olbermann isn't looking very good about now: Glenn Greenwald is on it, and Olbermann isn't happy. But his trademark rants won't save him this time. When his candidate flipped, Olbermann flopped, and that's all there is to it. One man's 4th Reich fascism, as it turns out, was another man's brave defiance of the Left. Sheesh. For my money, this makes Olbermann the Worst Man In The World, but you won't see that on MSNBC.

The FISA fiasco seems, however, like a good jumping-off point to discuss the art (or perhaps "craft" is a better word) of practical politics. The Bill that Obama is set to support will extend the government's ability to conduct warrantless wiretaps. Worse, information obtained in this manner may be used as evidence even if the tap is subsequently found to be unlawful--take a nice juicy bite of the fruit of the poisonous tree, folks. Finally, the Bill will allow bulk monitoring of electronic communications, making a hash of quaint notions like probable cause.A little safety trumps liberty anytime in Bush's America. And, it appears, in Obama's America too.

I'm not surprised or even very offended by this. American politics is a cramped room that simply doesn't permit a lot of new ideas to enter, as I've observed before. The best it can offer up is old, stodgy, sometimes dangerous ideas, adjusted for the times and presented in attractive new bottles. Obama is most probably just another one of those bottles. Heaven forbid that he seem Soft On Terrorism. Or Soft On Anything, where only a brutal hardness will do.

During a political campaign, it's important to remind ourselves that what a candidate says and does is a product of calculation. "Just be youself" tends to be bad advice. You aren't running by yourself, after all: a Verizon-like network is always right there with you, on and off the scene. Once a campaign starts, the aim is to win, and it's not just the candidate's personal ambitions that are at stake, to put it mildly. In some respects, almost everything goes; in others (when it comes to the candidate him- or herself) very little does that isn't scripted and vetted by a small army of handlers. The candidate could be Charlie McCarthy (and here I think of Ronald Reagan, for some reason). But that's no problem, if you've got a competent Edgar Bergen.

And the culture of US campaigns is a low culture, one of Sesame Street-like soundbites, swarms of politically-connected media talking heads parsing every syllable, continual appeals to emotion (usually negative), mines and deadfalls everywhere. Issues are important only as a collection of slick debating points and one-liners. Negative campaigning (imported to Canada by the Harperites) is the order of the day. "Swiftboating" is an ever-present threat. And that stuff works like a hot-damn: a candidate who golfed his way through the Vietnam War came off looking more patriotic and heroic than the guy who went and got wounded.

This dreadful style, furthermore, feeds on itself. Lapel pins! What your pastor said!* Your middle name! Every campaign seems to find a deeper barrel to scrape the bottom of.

Nice guys and gals finish last in this kind of contest. Ditto ones with vision, and overly thoughtful ones. There is little room for spontaneity on the campaign trail, and none at all for nuance. So political campaigns almost inevitably attract a certain type of person: glib, opportunistic, shallow, unprincipled. In fact, the people expect nothing more, and if you've got more, it's best to keep it to yourself until you win--and even thereafter, if you don't want to be a one-term wonder.

But suppose--just suppose--that Obama is more than just a bottle. Suppose he does have what Greenwald mockingly called a secret plan. What, then, in the American context, would Barack Obama do with his plan if he became President? Or, to put it a little differently, what could he do?

The US governance engine is never easy to influence, and, like the Borg, it absorbs those who find themselves in its toils. The President, even with all of his broad powers, can't do much by himself. He is surrounded by advisors, flacks, lobbyists, big-money donors calling in markers, the media, and countless elected officials. His powers are curbed by the Constitution, Congress and the Supreme Court, and their exercise is shaped and constrained by public opinion polls and the aforementioned interested parties. The new guy will be pushed and pulled this way and that until systemic stability is achieved.

We are so used to conceiving of leaders as almost by definition in charge that we seldom look at the human matrix, its complex set of associations, interactions and interrelations, that give a leader form and substance. In this vast, sticky web, leaders cannot easily act upon personal visions and hopes, wear their hearts on their sleeves, say what's on their minds, or even keep and maintain a functioning conscience. The "art of the possible" is a ceaseless series of compromises, big and small, that allows its practitioners to survive.

Obama is a fresh new face in American politics. In some ways his very candidacy is profoundly significant and positive. But I suspect that he's already had to put his official portrait in a closely-guarded closet somewhere. Welcome to the Machine, Barack. Resistance is futile.

(Crossposted from Dawg's Blawg.)
__________
*It goes without saying that every serious candidate needs a pastor, in a land where half the population rejects the theory of evolution and one-quarter not only believes in the Rapture, but thought it was going to happen last year.)