It's still fish and it still stinks

The words of Rosanne Rosannadanna still ring true.
Joe Warmington already has a column up about the Fifth Estate story on the Toronto G20 protests. He writes:

Bizarre arrests looking like assaults, horse tramplings, cops violently whacking people with batons for no reason, kettling, people shot with rubber bullets all in the wake of a real attack by a real group of vandals that the cops ignored.
It was hardly Toronto Police’s finest hour.
...The G20 is a rotten fish in every conversation concerning policing here. It’s a stench that won’t go away until somebody at the helm says in a free country they won’t stand for regular citizens being treated this way.

In the documentary, the most astounding comment by Toronto police chief Bill Blair was when he said "We then had a riot to try to suppress."
WTF? If a riot is "a sudden and intense rash of violence", then it was the police who were rioting in Toronto eight months ago. 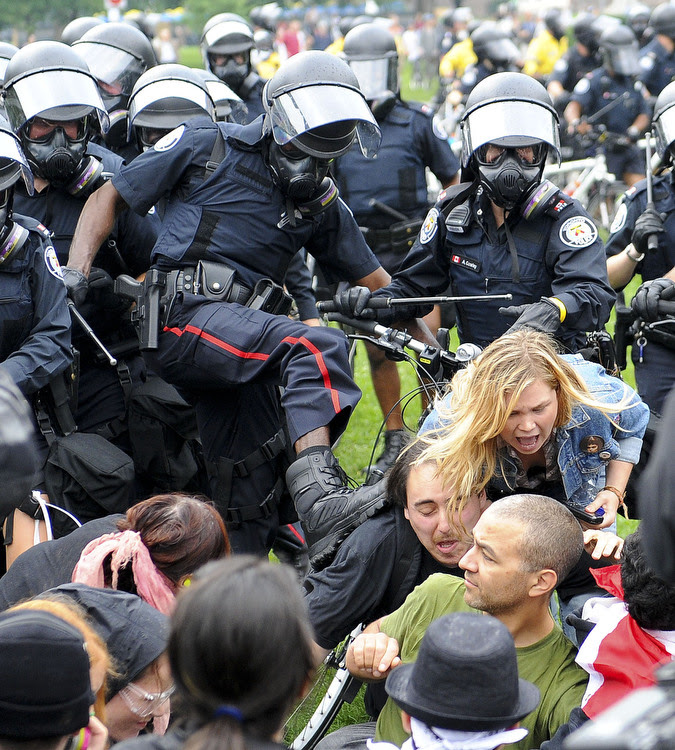 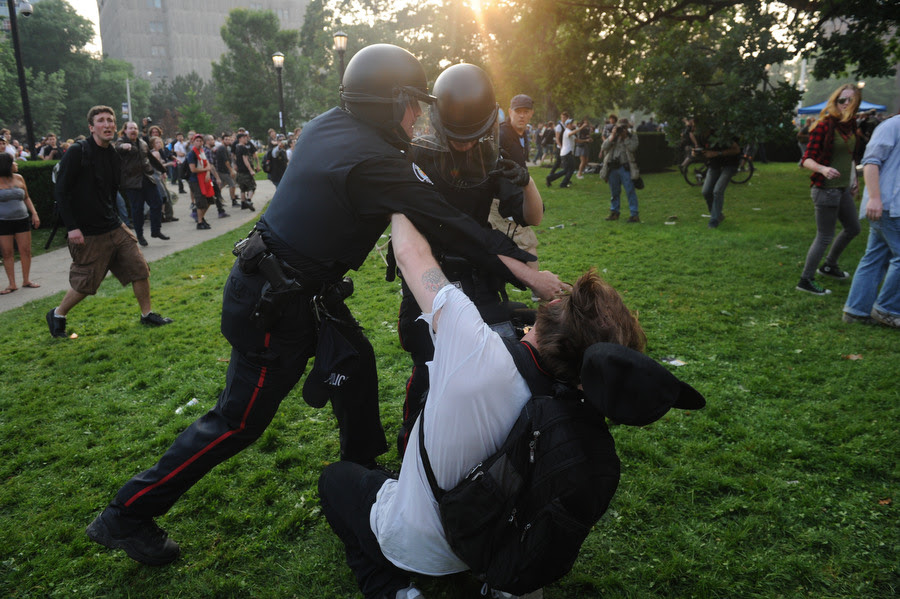 One of the things I still find unnerving about the C20 protests is just how scared the police were.
This fear even came though in what Blair said last night, talking about how police had to "prevent criminality"
It is particularly evident in the Scary Cop Lady video -- the plainclothes police are tense, frightened, yelling at everyone to Get Back, justifying their own aggression by acting as though they are in imminent danger of violent attack from the crowd -- yeah, sure, a bunch of teenagers with cell phones and cardboard signs?
So who was it that convinced police there would be so many violent Canadians in the crowd that they should be scared of?

Jihadis and all that
That was then, this is now
Just come up with a proposal, won't you?
The Black Mamba
I know you are but what am I
Stranger in a strange land
The only diet we should ever need
Senior moments
Saturday Morning Cartoon
Guess where we're going?
Tweets by CathieCanada