Diving into the racist cesspits 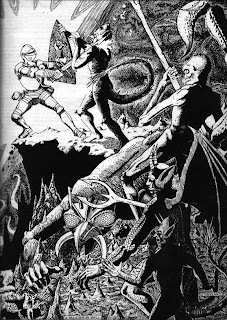 
You know, anyone who thinks that we as a nation have Overcome Racism ought to check out the comments section of any local newspaper that has any online story whatsoever to do with race, however tangentially. That comments section is, I guarantee, a fucking racist cesspit.

Canada has its own racist cesspits when it comes to the comments on news stories about our Aboriginal people.  MP Charlie Angus flags some recent horrible comments:


Online commentators responded to the natural disasters in places like Oklahoma, Bracebridge or Alberta with an outpouring of comments that were very heartfelt and moving.
And yet, when two communities in my region -- Attawapiskat and Kashechewan -- were hit by flash flooding earlier this spring, the pages were overwhelmed with vicious glee. . . The idea that government agencies might send aid to help these Canadian citizens sent the online commentators into a rage.

And I'm sorry, I had intended to quote some of the comments that Angus used to illustrate his article but I just can't --  they make me feel tainted even to repeat.  Just go read the link.
What Angus asks is why the rest of us are apparently so willing to tolerate these cesspits, to go along with what is being said, to not push back.


I used to think that trolls wrote this crap because they could post their junk anonymously. But now I seeing people who are not only willing to sign their name but supply an accompanying headshot. Far from feeling marginalized, the purveyors of these false stereotypes -- the "lazy" Indian, the "corrupt" Chief, the "ripped off" taxpayer" -- seems to be hijacking the public conversation away from issues like chronic infrastructure underfunding, third class education and the inability to share in economic development.
Having received such little push back the trolls continue to promote even more dehumanizing caricatures. In a recent comment on Attawapiskat one person wrote, "Europeans have created the modern world, while you people created lice, fleas and more welfare recipients." Such screeds were once found on marginal Neo-Nazi sites. They now find themselves at home on the public spaces provided by reputable media organizations.

In my own case, I usually don't even read these types of news comments.  I'm uncomfortable getting into pissing matches with foul-mouthed, ill-informed and mean-spirited people, and I didn't think I could say anything that would change their minds anyway.
But it never occurred to me to wonder about the effects of my cowardice on Aboriginal people:


. . . I think of the trauma experienced by children in Attawapiskat by online attacks. When the media began reporting on their struggle to have a school built in the community, the online haters overwhelmed the comments pages. A teacher in Attawapiskat told me the children were very shaken up when they read the long string of abusive comments that demeaned them as "lazy Indians," "losers", "gasoline sniffers," etc.
. . . Some Aboriginal friends have asked me if the silence from general society reflects a tacit support for such views? I certainly don't believe this is the case, but clearly Canadians and the media need to do better.

This brought me up short.  It never occurred to me that my silence implied consent with what the racists are saying.
So once more into the breach, dear friends.  As I wrote a long time ago, we cannot always choose the battle. Sometimes all we can do is choose our side.
My side is with Charlie Angus and the children of Attawapiskat.  And if this means I have to dive into the cesspits of news comment sections from now on, then so be it.