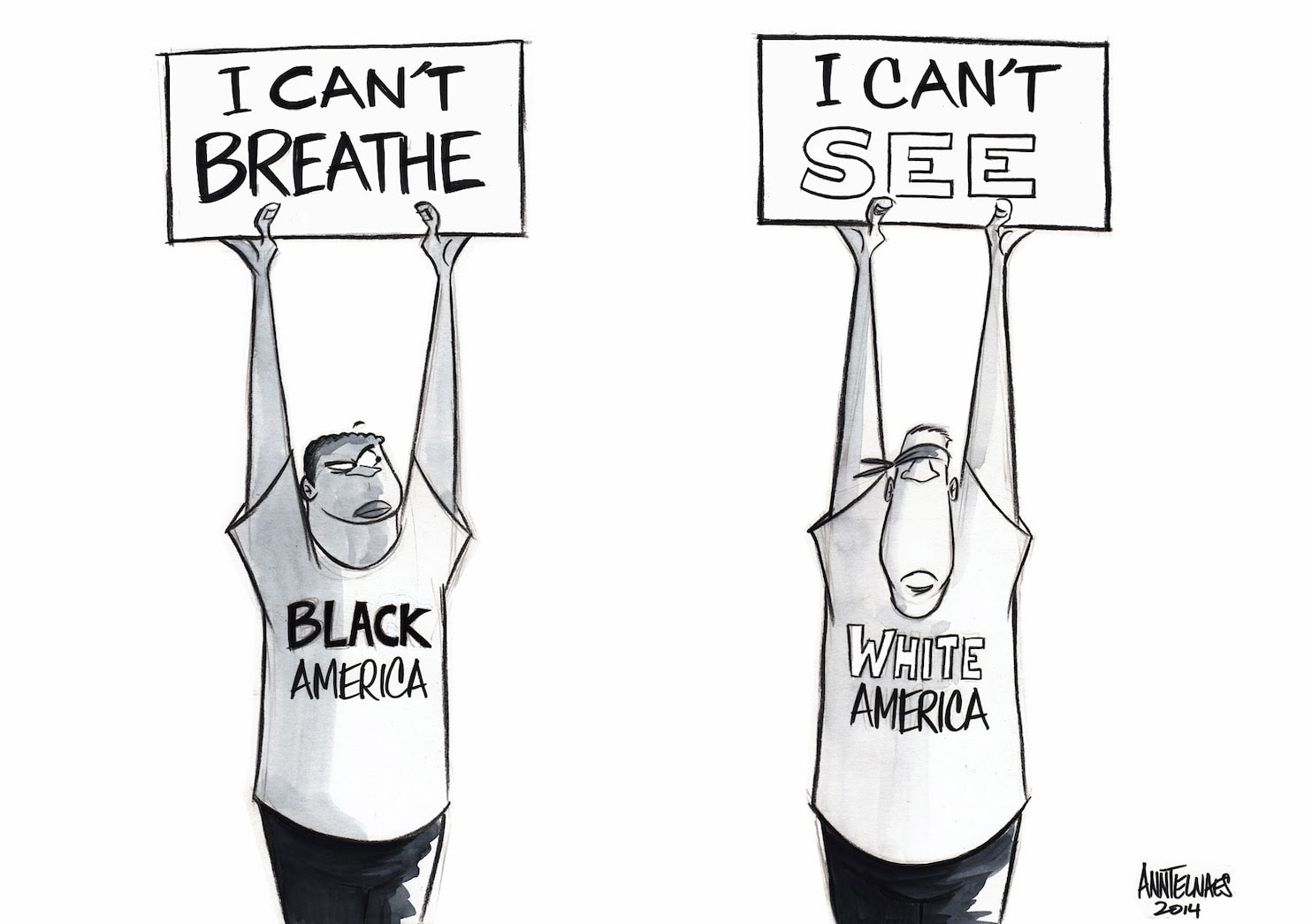 The New York Times quotes protestors across the country saying "No justice. No peace. No racist police." Yes, they're finally calling police racist, in spite of the pearl-clutchers at Fox News.
As Charles Blow writes


Racism is a real thing, not because the “racial grievance industry” refuses to release it, but because society has failed to eradicate it.
Racism is interpersonal and structural; it is current and historical; it is explicit and implicit; it is articulated and silent.
Biases are pervasive, but can also be spectral: moving in and out of consideration with little or no notice, without leaving a trace, even without our own awareness. Sometimes the only way to see bias is in the aggregate, to stop staring so hard at a data point and step back so that you can see the data set. Only then can you detect the trails in the dust. Only then can the data do battle with denial.. . .
The activism that followed Ferguson and that is likely to be intensified by what happened in New York isn’t about making a martyr of “Big Mike” or “Big E” as much as it is about making the most of a moment, counternarratives notwithstanding.
In this most trying of moments, black men, supported by the people who understand their plight and feel their pain, are saying to the police culture of America, “We can’t breathe!”

Reflections on racism and the police
Trying to put lipstick on a pig
Taken to the cleaners in #Ferguson
#BlackLivesMatter but not in #ferguson
Fantino "explains" government budgeting
Ferguson waits
Sounds of silence
Misconduct charges cannot be anonymous
Follow-up
It isn't "terrorism", its mental illness
Tweets by CathieCanada