Americans are pissed! Rasmussen reports that "Thirty-two percent (32%) of Americans believe that President George W. Bush should be impeached and removed from office."
This is a stunning figure -- so one third of the electorate thinks Bush should be impeached? Even during the height, or depth, of the Lewinsky scandal, only about a third of Americans thought Clinton should be impeached -- and this was after YEARS of the Mighty Wurlitzer right wing scream machine trashing Bill and Hillary Clinton every day and every night. Even during the worst of Iran-contra, I don't think a third of Americans would have thought Reagan should be removed from office.
Maybe the Freeway Blogger is having more effect than even he realized: 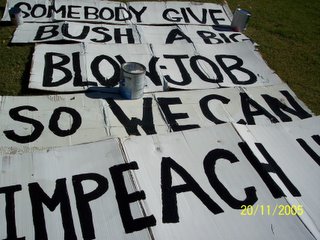 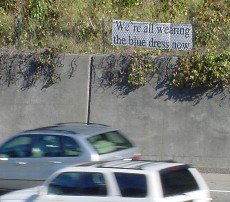