Government of the Blue Meanies 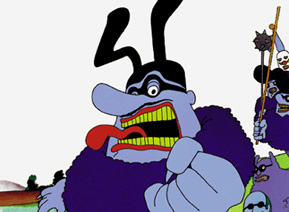 This is so amazingly mean-spirited and petty, its actually embarrassing to read.
In October, 2011, the Harper Youth in the Privy Council Office worked all weekend just to disappear Parks Canada's participation in announcing a new national park.
And the adults who run Parks Canada had no choice except to listen to these know-nothing jerks and twist their ceremony into knots to try to do what the Harper Cons wanted:


...the carefully wrought plan started to unravel days before the event when a vetting team at the Privy Council Office began to pick apart the agenda, the news release and two background documents... officials demanded a raft of changes, many of them designed to quash Parks Canada’s identity at the event.
A so-called “backgrounder” for handout to news media, for example, erased the agency’s name altogether....
“No Parks Canada banner — the brown and yellow is ugly. Please stop using this,” an unidentified official demanded in a note....A PCO note said to purge all three Parks Canada officials from the dais, and to find a politician to be the MC...Harper’s central communications unit also demanded unspecified changes to Kent’s prepared speech, but the minister did not accept them.
In the end, Parks Canada CEO Alan Latourelle had to sit the in audience, not on the stage...

In a courageous show of defiance, they used the banner anyway.  I'll bet someone got fired for it.