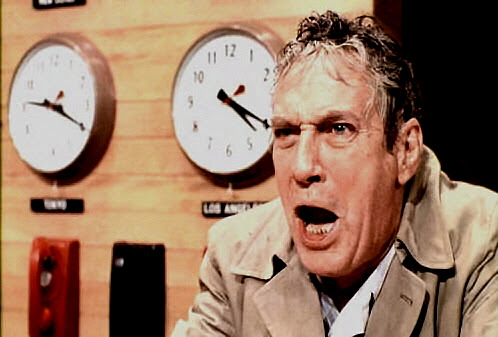 Here's something I just couldn't write about before on this blog because I felt it was just too negative -- though my slogan at the top hints at it.
I'm talking about "the dying of the light."
After the 2004 election, in my heart of hearts I believed that the United States was dying, that the light from the shining city on the hill was extinguished.
Now, I didn't feel this same despair about Harper becoming Prime Minister last winter, because even though I disagree with the Conservative party's policies, I do not feel they are aiming to destroy the Canadian parliamentary system and justice system and electoral system. Though Harper is stubborn and judgmental, he actually does mean well (I think) and he does listen (eventually).
But the Bush administration does not. They pride themselves on not paying any attention to people who disagree with them. And Bush himself is a mental case, not to mention Cheney...
So since 2004 I have believed that the re-election of Bush, even though by hook and by crook, showed that just too many Americans had drunk the neocon Koolaid.
And with another four years to consolidate the lies and ruin the civil service and start more wars and promote more divisiveness and hatred, I believed the Bush administration would by 2008 have such a stranglehold on the American psyche that ordinary Americans would, in a spasm of hopelessness and fear, willingly abandon two of the greatest and most inspirational documents ever written, the Constitution and Bill of Rights, without a backward glance in a pellmell rush toward the illusory safety of dictatorship.
And maybe this could still happen.
But beginning last summer, just one year ago, one grieving mother showed up Bush for a fool. Then a drowned city showed up the heartlessness of the whole Bush administration, the guys who had talked so big about being the grown-ups. Americans became increasingly uncomfortable about being spied on by incompetent religious zealots. After a century of thinking of themselves as the good guys, Americans also became increasingly uncomfortable about finding themselves on the bad guy side of torture and secret prisons and Guantanamo and judicial toadying and planted news stories. The Bush administration still hasn't found Bin Laden, and they still haven't won in Afghanistan. Finally -- and unforgiveably as far as Americans are concerned -- the Bush administration has blustered and talked big but has proven itself incapable of actually controlling or even influencing North Korea, or Venezuela , or Hezbollah, or Hamas, or Iran, or Israel. And the one country that America has tried to take control of directly, Iraq, has disintegrated into a grotesque horror show which is apparently only successful in turning American soldiers into inhuman monsters.
Today, 144,000 people in Connecticut said NO! "We're mad as hell and we're not going to take this anymore!"
It's not the end, or the beginning of the end. But perhaps it is the end of the beginning.