The story of the paper clip that turned into a house 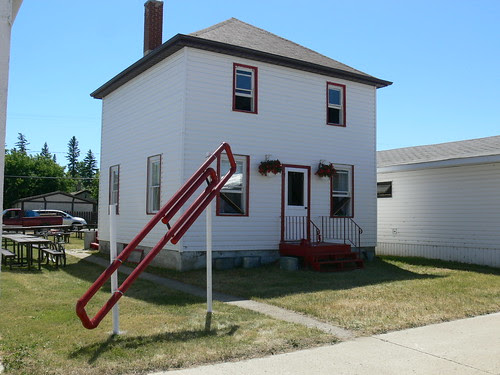 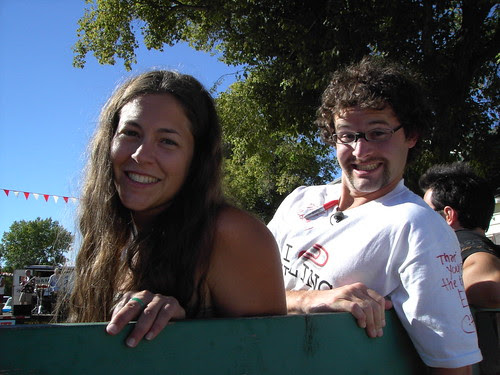 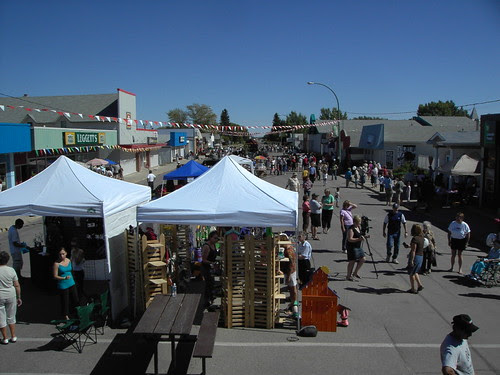 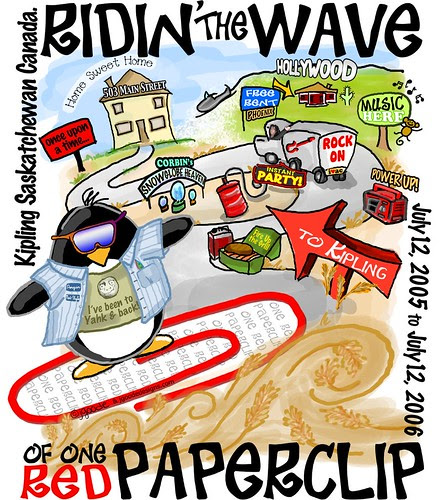 A small piece of office stationery, an old house in need of an owner and a web-savvy Montrealer on a mission have come together to thrust a small Saskatchewan farming town into the international spotlight this Labour Day weekend.
Residents in Kipling where getting ready Friday for a weekend-long house-warming party for Kyle MacDonald, the now-famous blogger who managed to trade a red paper clip for a house over the course of the last year.
"The buzz right now is crazy," MacDonald said in an interview from outside his new home at the east end of Main Street.
"I think it's because no one knows what to expect. We just know that a lot of people are potentially going to arrive and there is a bit of a thrill to it. There is sort of that wild-card effect, you know."
Not knowing what to expect is nothing new for MacDonald, who was born and raised in British Columbia.
His adventures began last July when he put a red paper clip up for trade on the Internet - a cyber version of a swap game he played as a child.
Someone in Vancouver offered him a fish pen which promptly went on the trading block.
The pen was swapped for a doorknob, then a Coleman stove, a power generator, a keg of beer, a snowmobile, a trip to Yahk, B.C., a cube van, a recording contract, a year's free lodging in a Phoenix bungalow, an afternoon with rock icon Alice Cooper and a KISS snow globe.
That's when actor Corbin Bernsen from the one-time television series "L.A. Law" got involved. He offered a role in his new movie "Donna On Demand" for the KISS keepsake.
By this time, all the trading had caught the attention of the town of Kipling. Figuring it would be good for economic development, town council purchased a vacant house on Main Street.
Mayor Patricia Jackson said the 1920s home, built from an Eaton's catalogue kit, needed a little paint and some new drywall, but was generally in good shape.
Council offered it up and MacDonald accepted. He and his girlfriend moved from Montreal earlier this summer.
"I sort of see it as a place where I would like to base my life out of," MacDonald said. "Everyone is good here."
He plans to write a book about his experience and said there is a movie deal in the works.
He has also been welcomed with open arms by people in Kipling.
Since making the deal, Bernsen has been to town to hold auditions for the movie role and the town has been in headlines around the world.
There have been inquiries from people looking to move to Kipling and from businesses looking to set up shop, Jackson said.
"There's no way that all the businesses in the community, with all of their advertising budgets for probably 10 years, could have got together and bought this kind of publicity."
Bands were scheduled to play throughout the weekend and Bernsen was to return for a second set of auditions.
MacDonald invited the world through his blog and, as of Friday afternoon, there were already people from California, Ontario, Quebec and B.C. stopping by the house. Each of the people who made a trade were also expected to be there.
Garrett Johnson came all the way from Kansas City for the festivities. He offered up some lake-front property for the movie role, but MacDonald ended up taking the Kipling house.
"It's a beautiful town," Johnson said. "The people are all very welcoming and kind and everyone waves. They just make you feel right at home."

Kipling is about 150 km east of Regina.