Who would be proud of what happened today?

MSNBC describes it as the "bill on terror detainee trials" while AP calls it the "detainee interrogation bill" and CNN says it is a bill "to prosecute and interrogate terror suspects."
They've drunk the Koolaid -- they begin by assuming that everyone presently in Guantanamo is guilty, and they don't seem to realize what this bill actually does.
The blogs tell it like it is. They call it the pro-torture bill, the torture bill, the Bush/McCain pro-torture bill, the Republican Torture Ratification bill, and the USA Mengele Act, while the New York Times describes it as "a tyrannical law that will be ranked with the low points in American democracy".
Here is the New York Times' summary of what Bush and the Republicans in Congress have done:

.. . held [accused terrorists] in illegal detention, had them questioned in ways that will make real trials very hard, and invented a transparently illegal system of kangaroo courts to convict them . . .[then wrote a law which gives to the President] the power to jail pretty much anyone he wants for as long as he wants without charging them, to unilaterally reinterpret the Geneva Conventions, to authorize what normal people consider torture, and to deny justice to hundreds of men captured in error.

So I got thinking about some of the other presidents we have known. What would THEY think about Bush's torture bill and the frightened, pell-mell rush of the Republicans in Congress to endorse Krystalnacht.

Would these two be proud of what Bush and the Republican Congress did today? 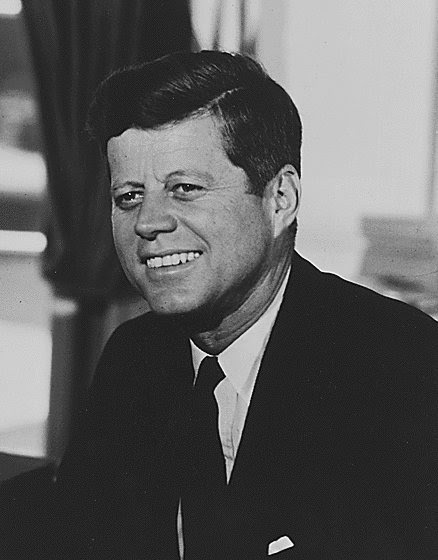 And not even him:

who once said "No man is justified in doing evil on the ground of expedience."

Why Conservatives Can't Govern
Great line of the day
Still crazy after all these years
Great lines of the day
Shorter Canadian Press
I'll stick with coffee, thanks
Pointy-Haired Boss
Bad idea
Beliefs
Don't let the door hit you on the way out
Tweets by CathieCanada