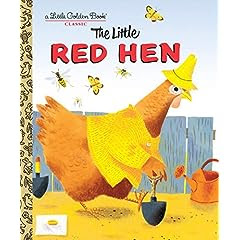 "I'll do it myself" said the little red hen -- it's Stephen Harper's slogan.
As the second year of "Canada's gnu government" progresses, trust is given to fewer and fewer people, while delusions of grandeur mandate doing all himself.
CP is reporting that Harper has decided now to dismantle Environment Canada's climate change policy group. Why? Once again, to do it himself:

Two departmental sources said the change is motivated by a desire to consolidate power in the Prime Minister's Office.
"People who used to work on climate-change policy are all being regrouped - some into stakeholder engagement, some went into economic analysis. They're all being farmed off," said a bureaucrat who requested anonymity.
"The (policy) work now is being done by a very small handful of people under the direct supervision of (the Privy Council Office) and PMO."
"Even the people working here say, 'Who's really accountable for making climate change policy anymore?' Right now we don't know who's accountable."

But its all just smoke and mirrors, really -- Harper's envirnomental plans are just a rehash of what Stephane Dion wanted to do in 2005:

Liberal Leader Stephane Dion said even Wednesday's announcement was a rehash of a plan to create a $200-million Pierre Elliott Trudeau Nature Conservation Foundation when he was environment minister.
The Liberals called the structural change just another rebranding exercise from a government that recycles old ideas and passes them off as its own.
"They're pursuing a campaign of propaganda like we've never seen before at the federal level," said Liberal environment critic David McGuinty.
"They're trying to simply discard all of the former climate change programming . . . and trying to deny that there was a previous government."
One of the bureaucrats who spoke on background agreed.
"Almost word for word, everything being set up was already negotiated and ready to go. It's just being repackaged. These are the same announcements being rolled out."

I may be wrong, of course, but at some point I do believe that Harper and/or his PMO is simply going to collapse under the strain of trying to run everything after they have fired all of the people who knew how to do it.
Maybe the opposition parties should just pass next week's budget -- and let Harper start explaining why he isn't actually capable of fulfilling all of the promises he has made.

Creepy
Hookergate may rise again
Bully for Bugs
What are the odds?
A long time ago, in a galaxy far, far away...
The unreal life of the internet?
And worth every penny?
Great lines of the day
Newt!
And a good time was had by all
Tweets by CathieCanada