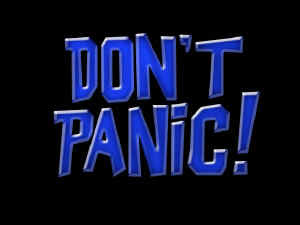 The difference between the parties is that Republicans ignore the establishment’s advice. After Obama’s election, conventional wisdom insisted that the GOP would have to move to the center. Instead the party moved further right. And whatever the policy merits, it has worked politically. If Republicans had cooperated more with Obama, it would have given him bipartisan accomplishments and made him even more popular.
The GOP’s ability to ignore establishment nostrums in the face of defeat is its great electoral strength. Democrats, by contrast, have a congenital tendency to panic. Abandoning health care reform after they’ve already paid whatever political cost that comes from voting for it in both houses would be suicide. Even if Coakley loses, the House could pass the Senate bill as is, avoiding the need to break a filibuster, and tinker with it in a reconciliation bill that can’t be filibustered. The only thing preventing the Democrats from following through would be sheer panic.

Emphasis mine.
However, as I predicted, House Democrats are already backing away from health care reform --- cowards! I just hope calmer heads will prevail.
Along those lines, Josh Marshall lays down the challenge for Obama:

This is the biggest testing time the president has yet faced. It could be a key turning point in his presidency. Over the next forty-eight hours the president is going to come under withering pressure to walk away from reform. It'll come from the left and the right, and in various different flavors. It will come from shocking directions. The president is going to have to find a way to say, No. We're doing this. He'll need to stand down a lot of cowardly and foolish people in his own party. He'll have to stand down the vast and formless force of establishment punditry and just say, No. We're going to do this. And he's going to have to make the case to the public, not necessarily convince all those who have doubts about health care reform but make clear that he thinks this is the right direction for the country and because he thinks it's the right thing to do that he's going to make it happen.