It is one thing to savage a political opponent or beat up on a distinguished civil servant. But to accuse the nation’s highest judge of professional misconduct — for that is what was insinuated, if not quite alleged, an ethical breach serious enough to warrant her resignation — is so ill-considered, so destructive of both the court’s position and his own, that it leaves one wondering whether he is temperamentally suited to the job.

Umm, no, he never has been.
And now even Charles Adler is jumping ship: 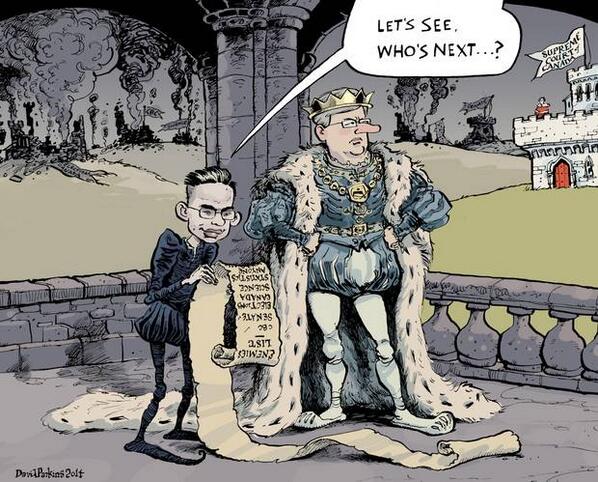