There was some beautiful stuff happening here:

Just a reminder that Canada's first ever goal in Men's World Cup history was scored by a kid who fled a war, came to Canada as a refugee, was welcomed by Canadians, learned English, and grew up playing soccer in the snow.

It's what Canada does.

And this was beautiful too:

how it started / how it's going pic.twitter.com/aLynOXPgdd

And here some other great stuff:

“Ok so there’s 3 rings for the elven kings under the sky, right? And 7 for the dwarf lords in their halls of stone. You following me?” pic.twitter.com/ZRmWeSgSKD

When I turned 70, I thought, well that’s it. I’ve had a great career, but it’s winding down.

Boy was I wrong. I found social media, and then a second wind at my sails in my 70s! I made my Broadway debut at 78, and I’ll make my London debut at 85.

Life is wonderful and magical.

I love the difference between dog and cat rescue stories. dog owners will be like oh I prepped for months and applied and had a home check then did a foster to adopt trial period and then the rescue chose me! and cat owners are like .. I found him in the trash

The best thing you will watch here today.
pic.twitter.com/OAPW5Gh2vY

This discussion about cats and dogs reminds me of one of my all-time favorites: 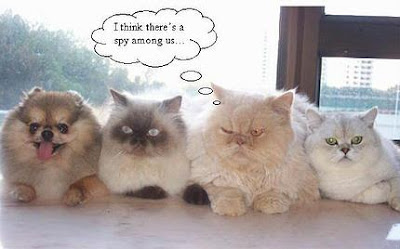 Posted by Cathie from Canada at Monday, November 28, 2022