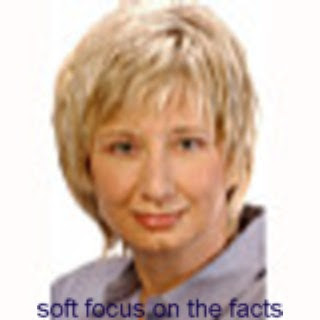 Meet Susan Martinuk, a right-wing Canadian syndicated columnist. Native people? They're "cashing in on victimhood." Supervised safe-injection sites? "State-sponsored addiction." Unions? Forget it. Same-sex marriage? Well, what do you think her position might be? Do you really need to follow this link?

So it's hardly a surprise that she's weighed in on the Morgentaler Order of Canada award.

All too typical of far-right ideologues, she begins with character assassination. "Dr. (I use this term loosely) Morgentaler" -- that sort of thing. And this:

His great healthcare legacy is a chain of private abortion clinics where doctors can make great wads of cash outside of the medical/ethical oversight of hospital committees and other doctors.

This is what my mother used to call lying by implication. The impression is given of big profits made outside the official health care system. In fact most of Morgentaler's clinics are non-profit, because they receive funding from the provinces and are licensed by provincial health departments. Doctors and other health professionals who work in these clinics are subject to the same rules of practice as they would be working anywhere else, rules that are enforced by provincial licensing bodies.

What Martinuk is referring to here is the discredited Therapeutic Abortion Committee system, overturned by the Supreme Court of Canada two decades ago. This was a system under which women had to plead their cases before a three-doctor panel, some of which never approved a single request. And TACs were only set up in about one-fifth of Canada's hospitals at the time.

She claims--this time lying directly--that Morgentaler was found guilty of medical negligence in 1998 by the Supreme Court of Nova Scotia. He wasn't even a respondent in the case. And she makes reference to an earlier (1976) charge by the "Quebec College of Physicians" (sic) that he had failed to take a patient's history, and run some routine tests. In fact, the Disciplinary Committee of the Professional Corporation of Physicians of Quebec suspended Morgentaler's licence for one year because he had just been convicted of performing illegal abortions.

(That conviction, as everyone knows, was overturned. A jury had found him innocent of wrong-doing and a higher court had reversed the verdict and found him guilty. Morgentaler was acquitted by juries once in Ontario and three times in Quebec. Parliament passed the so-called "Morgentaler amendment" to the Criminal Code in 1975 to prevent the substitution of guilty verdicts by higher courts. But the persecution continued. Only the victory of Rene Levesque's Parti Quebecois in 1976 stopped the abuse of judicial process in the latter province. And his trial in Ontario resulted in the overturning of the restrictive abortion law in effect at the time, Section 251 of the Criminal Code, by a 5-2 decision in 1988.)

But it's when Martinuk delves into the alleged dire medical sequelae of abortion that she truly outdoes herself. She is described, disingenuously, as "a former medical researcher who conducted PhD studies in the field of infertility and reproductive technologies." The implication is that she is an Authority, with the expertise to comment. Except that she isn't any such thing.

Back in the early '90s, as a PhD student, she co-authored a few publications on human and animal ovulation. But she abandoned her PhD. Since then, she writes newspaper columns for a living. She is no more an expert on the abortion issue than I am, so I offer this point-by-point rebuttal of what must appear to the uninitiated to be an impressive array of sources and authorities that claim that abortion is dangerous for both mother and any babies she might have subsequently.

There is no gentle way to put this: Martinuk quotes several sources, some dubious, and others that do not say what she claims that they say, in order to buttress her anti-Morgentaler polemic. This is sloppiness at best, dishonesty at worst. Her credentials as a "former medical researcher" speak for themselves. And so, quite frankly, do her credentials as a journalist.

*UPDATE: (July 6) Whoops. Although the authors of the study outline a number of confounding variables (e.g., previous hospitalization for psychiatric problems is significantly higher among patients who subsequently seek abortion), Martinuk is correct on her figures, although these apply to the hospitals: the clinics have a better record. The study measured the relative safety of clinics v. hospitals re abortion patients, but a control group was also used, and post-abortion patients did not fare as well as either the general clinic or hospital population.

The authors' conclusion stands, however: the rates of post-abortion complications are low in Ontario. Hence Martinuk's figures apply to a fairly small percentage of patients overall. Even so, I mischaracterized both the extent of the study and the figures that she provided.

Mea culpa, and I'm just glad that no one had to point my errors out to me. I'm indebted to reader "plum grenville" at my joint for prompting me go back and look at the study again. That will teach me to be overly snotty.