A nation of sheep 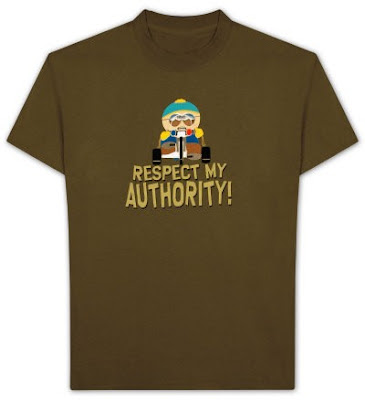 Not long ago I posted a few examples of Canadians' sleepwalking deference to authority. Today's news brings more glaring instances.

In Edmonton, two thuggish cops, both high-ranking, were given wrist-slaps by yet another complaisant judge. These uniformed hoods unlawfully entered a man's house without a warrant, refused to leave, and then broke one of his ribs and doused him with pepper-spray. They walked out of court with six-month conditional discharges (which become absolute discharges at the end of that period), and sixty hours of community service.

The article just linked to reveals a social pathology that should worry anyone genuinely concerned about civil liberties. Defence lawyers wittered on about "impressive community and professional contributions." One of the thugs, we are told, lost 30 pounds and suffered several sleepless nights due to the stress of the trial and attendant publicity.


When the journalist finally moves on, having established to her satisfaction that these suffering boyz in blue were fine upstanding citizens, she get to the nub of the thing:

Ewatski entered the home to speak to him and Dubois shoved him. Ewatski responded by delivering a head-stun. He pushed Dubois to the floor and pepper-sprayed him. Fiorilli pulled back on Dubois's thumb to cause pain.

Almost needless to say, Dubois was charged with assaulting a police officer. The Crown wisely stayed that bogus charge.

And, after all this, as was the case with the cops who killed Robert Dziekanski, it's back to business as usual:

"Chief Mike Boyd has confirmed that there will be no immediate change to the work assignment or status of the officers pending conclusion of the internal investigation," police spokeswoman Dajana Fabjanovich said in a news release.

Does anyone remember the case of Said Jama Jama, a Somalian immigrant badly beaten by a thug named Roy Preston, charged with assault on a police officer, and threatened with deportation? After the whole thing turned out to have been caught on videotape, the judicial system simply threw the book at the officer. He was sentenced to thirty days, to be served on weekends.

It doesn't end there. This was in 2005. The cop actually appealed this little slap on the hand, but in November 2007, his appeal was dismissed. He appeal again, and only this month was a further appeal dismissed. For most of this time he had remained on full pay by special order of Toronto police chief Bill Blair, who had the discretion, under Ontario's Police Services Act, to suspend Preston without pay after his initial conviction. The Ontario Court of Appeal noted, with breathtaking understatement, that his sentence was "if anything, on the lenient side," and rejected a bizarre argument from Preston's lawyer that he shouldn't be imprisoned because it could affect his career as a police officer.

After two appeals, a sentence of thirty days, to be served on weekends. For assault and battery, attempt to frame his victim, and fabrication of evidence, by a person whose sworn duty it was to uphold the law.

And there are people who think that the greatest threat to our freedoms comes from Human Rights Commissions?

Meanwhile, on the international front, our troops in Afghanistan are set to be issued with so-called "laser dazzlers." These, despite the harmless-sounding name, can be used to blind enemy troops, contrary to a Geneva Convention ban on the use of laser weapons. A spokesman for a company that makes these things admits that they aren't "eye-safe," but offers the following reassurances: "As long as they're employed as they ought to be employed, within the safe operating distance, they will not cause any eye damage."

Well, that's OK, then. After all, our military calls them "warning devices." And the kindly Blackwater folks are using them in Iraq.

Back to sleep, my fellow Canadians. Never mind that "Quis custodiet ipsos custodes?" stuff. That's for dead Romans and weak-kneed leftist bleeding hearts. Those folks in uniform are our friends, upholding law and liberty here and over there.

Move along. There's nothing to see here. I told you to move along. Do I really have to use this thing?

UPDATE: It occurs to me that this excellent piece by Boris over at Galloping Beaver might have inspired this post. H/t, to be on the safe side. : )