From the Substacks - Ukraine, Carol of the Bells, Emergencies Act, Musk, & Academia

This may take you a minute but just wait, you'll get it soon: 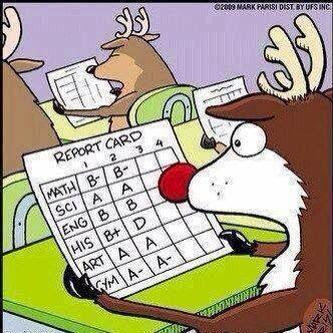 We are starting to get into the "end of the year" takes where people are summarizing what happened this year and what it all means.
First up, a very useful summary from Timothy Snyder's Thinking About... substack: Gratitude to Ukraine:

... Americans (and many others) owe Ukrainians a huge debt of gratitude for their resistance to Russian aggression. For some mixture of reasons, we have difficulty acknowledging this. To do so, we have to find the words. Seven that might help are: security, freedom, democracy, courage, pluralism, perseverance, and generosity.
...For American policymakers and security analysts, it is literally dumbfounding that another country can do so much for our own security, using methods that we ourselves could not have employed. Ukraine has reduced the risk of war with Russia from a posture of simple delf-defense. Ukraine has reduced the threat of a war with China without confronting China, and indeed while pursuing good relations with China. None of that was available to Americans. And yet the consequence is greater security for Americans...

Snyder ends his piece with a very interesting history of the Carol of the Bells, the performance of the Ukraine children's choir at Carnagie Hall, and the deep meaning of this song for Ukraine, particularly this Christmas.

100 years after it was performed for the first time in the US, in Carnegie Hall in NYC, the Ukrainian song “Carol of the Bells” has again returned to Carnagie Hall.

And this is a beautiful version, too:

A multinational #NATO choir brings you the seasonal classic ‘Carol of the Bells,’ by Mykola Leontovych 🇺🇦 from snowy #Latvia.

Season’s greetings from everyone at #NATO! https://t.co/3bhbr70KGu

...I was in Ottawa during the occupation. Not only was I writing about it—a task that yielded endless grief and hate mail from so-called “freedom” supporters—I was living it. My apartment was a short walk from Parliament Hill and the besieged Wellington Street. It was just a slightly longer one to the neighborhoods where the occupiers were terrorizing residents.
...Society has a right to defend itself. At the time, we had no idea who was in charge in Ottawa, no idea whether violence would escalate, and no idea when the occupation would end. The occupiers were, in essence, calling for a coup. There was a log jam that needed breaking. By invoking the Act, the government seems to have done just that. And there’s evidence from Commission testimony that supports that common sense take.
During testimony Ottawa’s interim police chief, Steve Bell, said the Emergencies Act was “helpful” in ending the occupation. He cited “four key areas” of assistance, including speeding up external police support by “swearing in members” from outside of the city, lowering barriers to mobilizing tow trucks to remove the semi-trucks, and providing financial tools to investigate funding.
Bell said the “main benefit” of the Act was that it provided “a legal framework for us to be able to operating within.” In essence, the Act was a foundation. As Bell put it, “It allowed for us to very clearly articular to our frontline officers what their powers were…so that they could understand what to do and how to execute it.”
Money was essential to keeping the occupation in place. By removing or restricting funds, the government helped clear a path to end the stalemate. The Emergencies Act facilitated the rapid freezing of bank accounts associated with the blockades and occupation. It also instructed insurance companies “to cancel or suspend the insurance policy for any vehicle taking part in a prohibited assembly.” Plus, it “subjected crowdfunding platforms and payment service providers”—two of the main sources of occupation donations and funding—"to the registration and reporting requirements under the Proceeds of Crime (Money Laundering) and Terrorist Financing Act.” That measure that is now permanent.
The same characters returned to Ottawa post-occupation, but subsequent visits were met by a city prepared.

For another take, here is a useful article from Wesley Wark’s National Security and Intelligence Newsletter - The Globe gets it wrong (shock, horror) - a response to  a Globe and Mail editorial demanding that the Trudeau cabinet release the legal opinion that supported the Emergencies Act.
Wark writes:

...The legal thresholds piece is not the main issue of importance to Canadians. The Globe’s call for a release of the legal advice provided by the Attorney General to the government is, at this stage, largely beside the point. The key issue is how the events of the Freedom Convoy came to be seen as a national security crisis by the government.
...five reasons were presented to Parliament to justify the finding of a public order emergency. Three of the five reasons broaden the security threat lens beyond the language of the CSIS Act—threats to economic security resulting from the border blockades; adverse effects on Canada’s relationships with its trading partners; the breakdown in supply chains. Whether it was right to broaden the understanding of threats to the security of Canada in this way is open to debate, but for the government it clearly represented its assessment of key threats on the ground.
The important thing to note is that in widening its definition of threats under the EA, the government did not cavalierly discard the CSIS Act threshold. It incorporated it. Two of the five reasons directly address the CSIS Act threshold, especially s2c) of the CSIS Act.

In a comment I made to this article, I also noted these two points:

The EA was necessary for two reasons, I think, neither of which were anticipated by the parliamentarians [of earlier years]
1. Canada needed a high profile show of force to convince American business that the border blockades were OVER! and would not be allowed to restart again
2. The banking threat - to freeze accounts, confiscate vehicles, etc - chilled the "hot-tub rock concert" party atmosphere; it intimidated not only the Ottawa truckers themselves, but also anybody across the country who had supported them. The mood changed overnight.

... really funny watching pundits who spent much of the summer proclaiming Poilievre’s inevitability suddenly claim this matters. It doesn’t, but if it makes the commentariat get their heads out of their asses it was probably a good thing.
There are two things that are both fundamentally true about Canadian politics right now – there’s a lot of activity, and almost no news....
...The Tories have the same problem they had when I coined Scrimshaw’s Paradox: any leader who gets through the membership cannot win a general election. It was true in February, and it feels true now, because the Tory members continue to elect insane nutters...

Of course, Elon Musk is still in the news. For some reason I don't understand, a throw-away comment I made about people booing Musk at Dave Chappelle's show got 4,300 "likes" on Twitter.  I guess it just struck people as a good take:

You reap what you sow.
Remember how surprised Trump was when he was booed at a baseball game?
I think guys like Musk are surrounded by sycophants telling them how great they are & how everybody loves them, & they start believing their own press.

Over at Garbage Day, Ryan Broderick is describing Elon Musk this way:

...at this point, I also think Musk is just a being of pure impulse. He’s essentially a flatworm with a rocket company. A naked central nervous system of raw urges wandering the halls of Twitter, asking people if they know good QAnon memes to tweet out.

Finally, here is likely the funniest academic research article I have ever read - Things Could Be Better

The article was written by this guy - Columbia Business School post-doctoral research scholar Adam Mastroianni - who also writes about the whole academic peer review process in his Experimental History substack The Rise and Fall of Peer Review:

Here’s a simple question: does peer review actually do the thing it’s supposed to do? Does it catch bad research and prevent it from being published?
It doesn’t.

Posted by Cathie from Canada at Wednesday, December 14, 2022