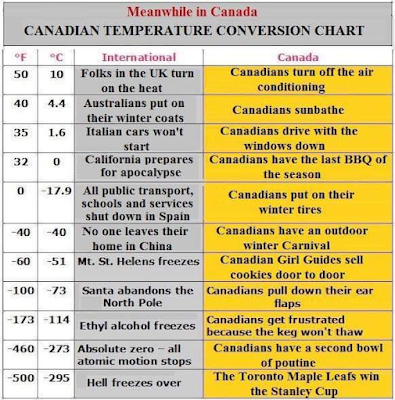 And here's some more neat stuff.  First, some great articles --
- From the New York Times, a 2023 Astronomy and Space Calendar that you can add to your Google calendar, plus an article about how the Calendar was developed.
Here is the tweet about it:

How 552 episodes of "The Simpsons" led to me building a space and astronomy calendar for @NYTScience that is now in its sixth year. Gift link so you can read it: https://t.co/OkCOTtvfbx pic.twitter.com/6jinKiLdGW

- A fascinating 2016 article from ProPublica about a women who discovered that she and a Canadian Olympian shared the same rare muscle-affecting gene - The DIY Scientist, the Olympian and the Mutated Gene. Here is the tweet about it:

“It seemed absolutely crazy. The idea that an Iowa housewife, equipped with the cutting-edge medical tool known as Google Images, would make a medical discovery about a pro athlete who sees doctors and athletic trainers as part of her job?” https://t.co/iELohgpQHH pic.twitter.com/kIQH6ip8nA

-Two great Defector articles by Felix Unger: this one about surfing and hockey and other guilty pleasures - As You Know, Jeff, Every Time I Stare Into The Abyss It Stares Back At Me, and this one, about learning to paddleboard, A Middle-Aged Person Takes Up A Hobby.
At Bugeyed and Shameless, Justin Ling writes about The Real Deep State - the increasing power of private consulting firms in government:

.... more broadly, what it means to outsource the work of government to a private consultancy.
A lot of work that I do in this newsletter revolves around conspiracy theories and disinformation about who really runs the government. The wrong answer, as we know well, is often some combination of “globalists,” “Jews,” George Soros, “the woke mafia,” Klaus Schwab, Bill Gates, and so on.
But I think it’s important that we don’t allow that paranoia distract us from the fact that there is, increasingly, a deep state here in the West. But it’s not some Davos-based thinktank or some shadowy cabal. It’s the consulting firms that are, increasingly, hoovering up massive amounts of public money to outsource the work of our civil service, often while mired in obscene conflicts of interests.
This work isn’t about creating a new world order or destroying our democracy, but there is good reason to think that it is weakening the very foundation of our state and moving critical decision-making outside of government where scrutiny becomes more difficult. This transition has largely been kept from the public, never approved by our democratic institutions, and core questions remain about whether we’re getting actual value from these deals — or whether we’re sleepwalking into another crisis like the one McKinsey has, decades too late, sought penance for....

Also worth reading is Phillips O'Brien's analysis of recent events in the Ukraine Russia War and what he expects Ukraine can achieve this spring:

...The Ukrainians, as I've said before, are fighting very intelligently. I think they’ve learned from their own experience how difficult forward movement is in this war, and are thus using their superiority in range, accuracy, command and control, morale and training to waste down what I referred to as Putin’s second army. It’s a brutal process...
...Modern industrial war requires top line equipment and well-trained soldiers far more than masses of poorly motivated conscripts. We can see that in the Russian experience so far. Putin’s second army, much of it formed since the conscription in September, has actually performed worse than the more professional force the Russians started the war with. Since September, Russian soldiers have died in huge numbers and achieved only small gains. There endless attempts to take Bakhmut have achieved nothing meaningful...
Ultimately the Ukrainian decision on when to launch any kind of attempt to move forward will come when they determine that the Russian forces facing them both in terms of soldiers, but probably more importantly in terms of equipment that can be maintained and supplied, has reached a low enough level that an offensive has a reasonable attempt at success. They are clearly thinking about it—and signs are that they think sometime in the very late winter or early Spring would reach that point. The Deputy Head of Ukrainian military intelligence (who has been very accurate with his public pronoucements in the past) has talked about this March seeing a pretty intense time for fighting.
...If Putin does another round of mobilization in the second half of January, it wont generate anything but useless cannon fodder by March.

Evan Scrimshaw checks in on the controversy du jour and concludes Jordan Peterson Is Just Not This Important:

...at some point down the line he crossed over from being a Prof and an author to an “Intellectual”, and therefore being an “Important Person” who “Knows Things”.
And now, that designation has led to another fracas, this time over whether he can remain licensed by the Ontario College of Psychologists due to complaints stemming from his tweets. He is trying to make it a story of national attention, and he has been aided by Pierre Poilievre and the National Post, and I am now at the point where I have to ask a very important question.
Why, exactly, does it matter?
....he is a fundamentally unimportant person in the grand scheme of things. He’s a professional opinion haver, and as an amateur one of those, I know our role is not that big, even at the peak of the talent.
...Jordan Peterson wants free speech, sort of. He wants the freedom to say what he wants, but he does not want any of the consequences of it or pushback for it. He is a fraud, because his commitment to free speech doesn’t extend to anyone else, and he wants all the benefits of being able to shitpost and go on Rogan and say loony shit without having to abide by a basic set of professional standards.
That said, what is vastly more important is that this country stops being played for fools by obvious frauds, because that’s what this is. Peterson doesn’t want to lose his license, and is trying to gin up some sympathy. I get it, and if I were in his shoes I’d do the same. But it doesn’t make this important and it doesn’t make it worth fucking talking about. We as a country are being played for fools by bad faith actors like Jordan Peterson, and ignoring their tantrums would do well to start fixing this country.

I’ll bet on the lettuce. I give him 5 days or half a Scaramouche https://t.co/G0PTSZi1wB

My tax dollars pay for roads I'll never drive on, national parks I’ll never visit and schools my children will never attend. We call this “living in a society”. In exchange, we get safety and community and don’t have to bang rocks together to make fire. It’s pretty great! pic.twitter.com/ZszwtmH4f8

The next time a politician needs a fresh anecdote from an imaginary Canadian in order to blame Trudeau for something, just consult my handy dandy Pierre Poilievre Anecdote Generator! pic.twitter.com/lQv4YBF3Qh

Just learned that Dutch scientists left a hamster wheel outside in 2014 and saw that tons of wild mice used it just for fun as well as frogs and slugs? All the creatures of the forest wanted a turn?? Absolutely phenomenal pic.twitter.com/sL7g9xEdnU

I’m super skeptical about this claim, but in the spirit of 2023 optimism I think we should try it 15 or 20 times and see if Nate is right pic.twitter.com/p51KLYHa5U

Cork, Ireland — A tribute to the incredible generosity the Choctaw Nation showed the Irish people during the Great Famine of 1845–1852. pic.twitter.com/qsIEmyFrBf

Unknown said...
This comment has been removed by a blog administrator.
2:21 am