In the New York Times Olympics Pictures of the Day, here is this great shot of Jeff Pain during men's skeleton training. 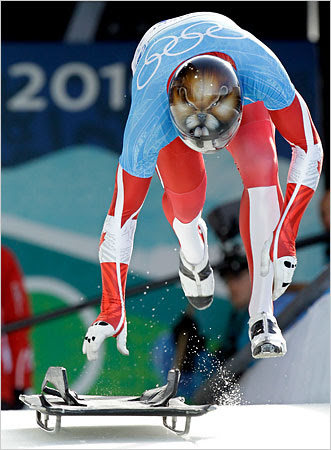 Here's the women's curling team as they defeated Japan -- coming back from a 0-3 deficit. 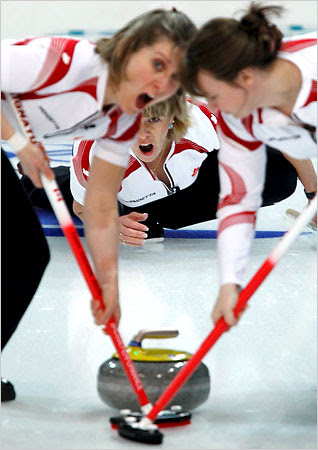 The inspiring story of today's Olympics was this one:

Slovenia's Petra Majdic said Wednesday's bronze in the women's sprint classic was like an Olympic 'gold with little diamonds' after she suffered a bruising tumble into a rocky stream just before the start.
The 30-year-old fell three metres down a bank and onto rocks after slipping in the warm-up, but still managed to battle through four rounds to finish third behind Norways's Marit Bjoergen and Poland's Justyna Kowalczyk of Poland.
"It was Slovenia's first medal, which is why I think I fought so hard," she said.