Just catching up on a few of the interesting tweets saved over the week while we were away.
Fascinating stuff:

For my job I do a lot with stock photography and I searched for ‘senior with cat’ and this is the first one that came up pic.twitter.com/BL1viWqtbt

Time for some animal crackers -- first of all, I found this posted on twitter: 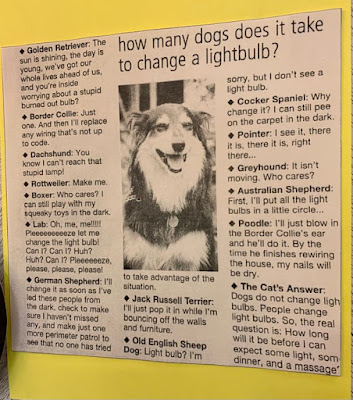 Great Horned Owls have no chill to give. pic.twitter.com/2hVoIxw8qQ

Husky getting nervous at his first swimming lesson pic.twitter.com/ooVCgRAlnK

Border Collies, often cited as the most intelligent of all domestic dogs. pic.twitter.com/G46FSICPEe

Maine Coon Alert---the whole family. And not one of them has ever peed on the bed. pic.twitter.com/KquvnXiqFm

That squirrel is going to be pissed. https://t.co/jtRDhc3YP8