Six months of war in Ukraine 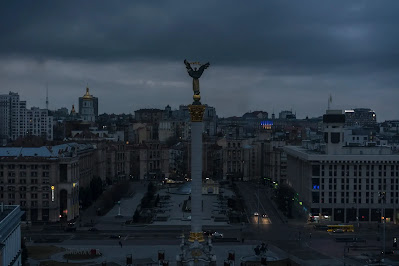 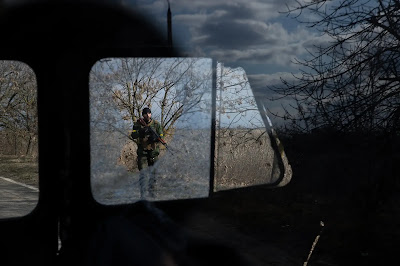 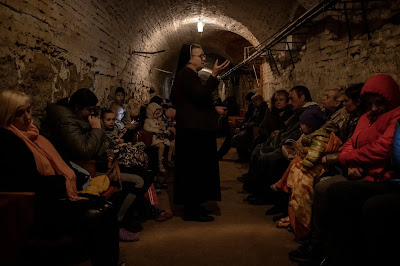 A family with their dog flees into Kharkiv April 29. (Tyler Hicks) 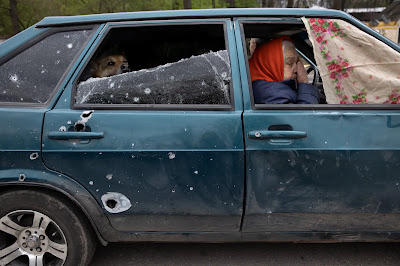 Irpin, a suburb of Kyiv, in ruins on May 2. (David Guttenfelder)
Twin sisters Nika and Miya survey vehicles destroyed in the war near Irpin, May 8 (Daniel Berehulak)
Carpathian Sich Battalion reviews drone footage of an attack against Russia in Kharkiv region on May 11. (Lynsey Addario) 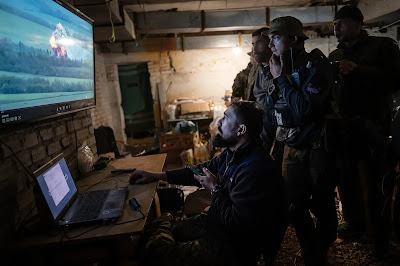 Soldiers going to the frontline near Kramatorsk in eastern Donetsk May 25. (Finbarr O'Reilly) 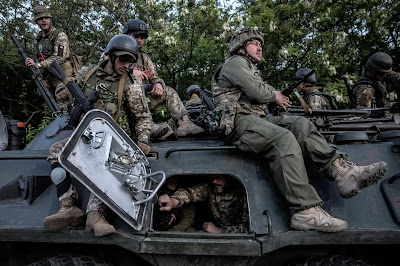 In Lysychansk on June 15. (Tyler Hicks) 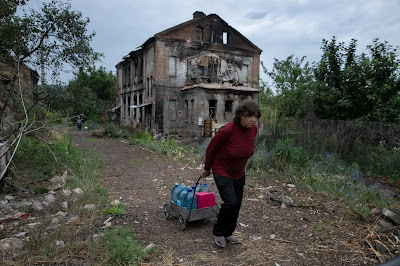 Ukrainian soldiers base in a Eastern village retaken from Russia July 22. (Daniel Berehulak) 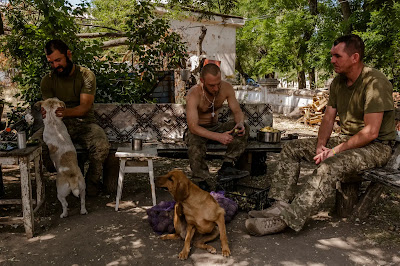 Tania Reshetnikov with her dog after her home was destroyed Russian rockets Bakhmut August 2. (David Guttenfelder) 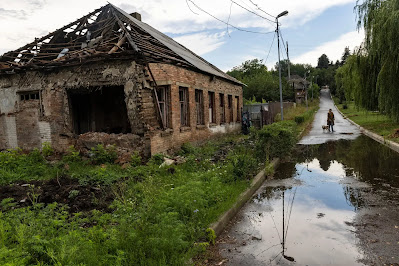 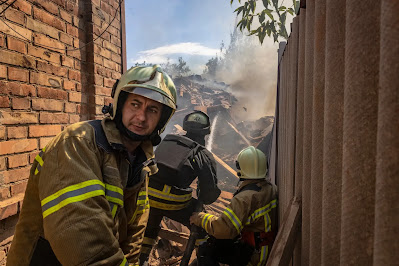 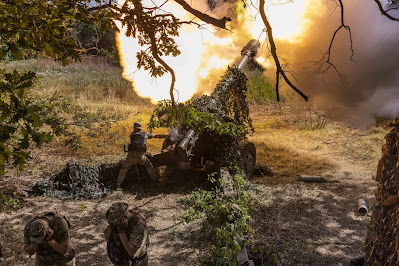 Children climb on a display of captured tanks in Kviv August 21. (Lynsey Addario): 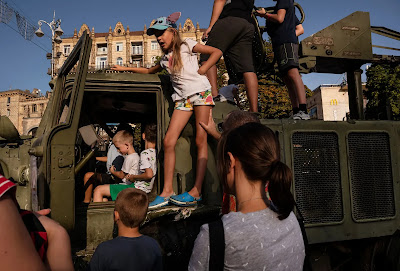 This is how Larry the @Number10cat celebrated Ukraine Independence Day. Photographed by @justin_ng ❤️🇺🇦❤️ pic.twitter.com/TStljCw35I

Happy Ukrainian Independence Day. #DYK Canada was the first Western country to recognize #Ukraine’s independence and we are committed to supporting Ukraine 🇺🇦 in their fight for a peaceful, prosperous and democratic future. pic.twitter.com/T0JDqeA3zT

Canada from coast to coast to coast celebrates with us today 🇺🇦 31st Independence Day. Honoured to raise Flag of Ukraine with my friends @melanieJoly, @JohnTory and @YvavBaker. Thank you for steadfast support for 31 years and for being with us during 6 months of the russian war pic.twitter.com/CZiD0TEDKH

2/2 “This cycling race was dedicated to our defenders, who courageously defend the Independence and Freedom of Ukraine, our native land,” the organizers' report.

🐾💛💙 Today we celebrate Ukraine’s Independence Day! We send our love and pawsitive vibes to all the brave kitties, pups and hoomans of this wonderful country and we pawmise to continue to suppawrt them in their fight against evil. Meowooooof! #SlavaUkraini 🇺🇦🐶🐈 pic.twitter.com/uYxmaXZnN4

Posted by Cathie from Canada at Thursday, August 25, 2022

Email ThisBlogThis!Share to TwitterShare to FacebookShare to Pinterest
Labels: Ukraine