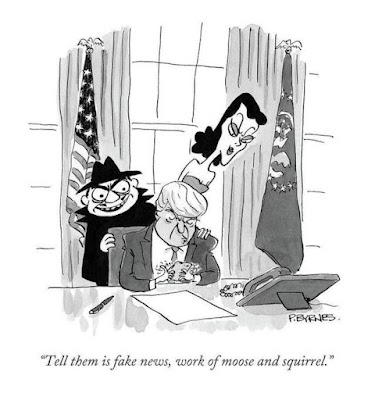 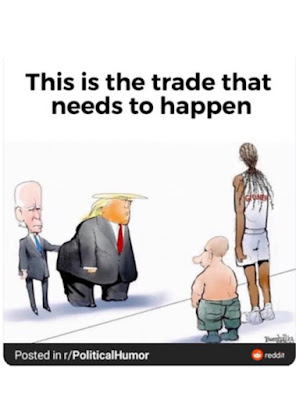 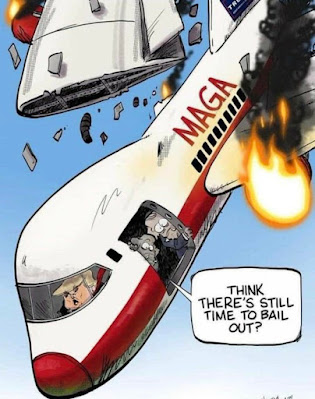 Here's some cartoons I saw today about the Mar-A-Lago raid -- the warrant and document lists are out, and its bad for Trump.
Very bad.

NBC has obtained the Mar-a-Lago search warrant. It shows Donald Trump is under investigation for potential obstruction of justice and violations of the Espionage Act

MSNBC confirms that the “Espionage Act” being used in the warrant means that there was evidence that Trump had transferred information to a third party (foreign gov’t or organization).

This is a whole new level of treachery.

CNN analyst says the intel Trump stole are so sensitive that FBI agents will begin FINGER PRINTING each document to find out who actually touched them.

I think everyone is sleeping on the fact that before they got the warrants the DOJ was given surveillance footage of the rooms in which the documents were stored.
They got video of who looked at them THEN went in.
Chew on what that implies for a second. It tastes like treason.

So Republicans are running on unlimited price-gouging of insulin, ending Social Security and Medicare, and forcing ten year old rape victims to give birth. That is some platform. Please pay no attention to the former president who committed espionage #TRE45ON

What in the world would Trump be doing with top secret classified information about nuclear weapons? There is absolutely no reason why an ex-president should take that out of the White House, except one. That kind of info would be worth A LOT OF MONEY!

Once again I expect there will be a determined effort on the part of GOP leadership to throw Trump overboard, but Fox News and MAGA will not permit it. The only possibility for change now is absolute electoral defeat of Republicans in 2022, 2024, 2026 and 2028 -- with gerrymandering and corruption all the way up to the SCOTUS, I don't know if it is still possible:

Central question in US politics now is how much damage will Trump, massive conspiracy to overthrow an election, extremist abortion restrictions do to the GOP brand and how long will that damage last.

My take - a lot of damage, and it will last for many many years. https://t.co/Z6XjUQI4Ma

They have now figured out the new line -- that Trump had "declassified" all the documents before he took them out of the White House so, by definition, he's good!

I mean, the “it was just an accident, didn’t mean to keep them, and also declassified them” is deeply humiliating, but Trump has just the people to carry that water. https://t.co/0lcmSZmF1S

Yeah, sure. Fox News and MAGA are trying SOOOOO hard to wave away the espionage crimes and the other Trump-world mobster news but they just can't do it. So MAGA now thinks it can intimidate by threats of violence:

The Trump White House staffer who previously attacked January 6th witnesses is now targeting individual FBI agents with information that could only have come from Trump or his legal team https://t.co/l6ncSPnbK0

Trump apparently leaked the warrant to Breitbart. The DOJ had sought to redact or shield the names of agents involved. Trump took no caution. The Breitbart article has names of agents, which obviously puts a target on their back. Reprehensible. Trump needs to be stopped. Enough.

in spite multiple violent incidents, countless threats, and a horrifying attack on the Capitol on January 6, many people *still* don’t understand the extent to which violence and menace are both indispensable and organic to the MAGA movement: https://t.co/IijXhIipoh

The violence isn't real to them, its just a video game:

this really is a video game for so many people; previous choices and actions can be instantaneously rendered moot by just picking another mission path along the main thread that promises to explain it all along the way

Trump is the Golden Calf. They love him because he has no substance or philosophy himself; he only reflects & validates their own worst impulses, hatreds, anxieties, & fears.

Okay, my almost serious speculation about the Trump docs: He took them because he was going to keep looking through them until he found the file about the Area 51 aliens. He never returned them because he never actually opened a box, because reading is super boring.

In other news, Rob Ford swallowed a bee during a press conference today
He was OK -- luckily, he didn't have to try to find an open emergency room for treatment!

Doug Ford wouldn’t have swallowed a bee had he been wearing a mask! #TeamBee #MaskUp

This is the mayor of Guelph!

I’ve got my outfit ready to meet with @fordnation this weekend at @AMOPolicy! 😉🐝 pic.twitter.com/fmIOv0Q0Rd

Moving on to the Conservative leadership race, the Con faithful are really pissed with this take from Andrew Coyne - it's excellent!

My latest, on where Poilievre would take the Conservatives: Not to the far right, but the far out https://t.co/hEMbfJRqhS

...Mr. Poilievre is not properly understood as an ideological phenomenon. There is no such thing as Poilievrism.
...Whether or not Mr. Poilievre is personally an extremist, his campaign is aimed squarely at attracting support from extremists. His followers do not support him because of what he is for, or what he would do in government. They only know what, and who, he is against, and – perhaps even more important – who is against him.
... Poor judgment, moral recklessness, bottomless opportunism: These aren’t policy positions, something you can moderate or explain away or wriggle out of. They’re attributes. They stick. That is increasingly the dividing line in American politics – not left versus right, but character and judgment versus their opposites.
The party that is about to elect Mr. Poilievre – the party that, with the help of hundreds of thousands of new recruits, he has done much to create – looks likely to entrench the same cleavage in Canada.

In Saskatoon news, this is an incredible story about an abusive church school, where for decades the children were beaten and the parents were told it was for their own good.

Such good reporting for such a terrible subject. These children and parents were so brave. https://t.co/JIVsOBcugY via @TheStarPhoenix

Many students said they and their parents felt powerless to stop it.
The church gradually infiltrated every part of their lives, cutting them off from the outside world and beginning to control everything they did — the books they read, the TV they watched and the people they spoke to, they said.
The consequence of leaving was total exile, which often meant losing contact with the only friends they had. Four students said the church even told their own family members to cut them off, and some did.
... After the story went public, Coy, who is now happily married and has two children, sent Cole a text. “They tried to tear us apart, and almost did,” it said. “But we got out. Bruised, battered and broken, but we did.”

Posted by Cathie from Canada at Saturday, August 13, 2022