Today's News: Investigations all over 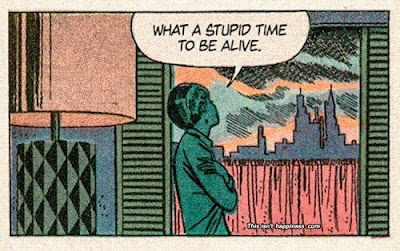 There are three important investigations going on right now -- the Mass Casualty Commission (AKA the Portapique massacre) in Nova Scotia, the Jan 6 Committee hearings in Washington, and the Uvalde massacre investigations in Texas.
They all had significant events happening today.
Mass Casualty Commission (Portapique massacre):
The Nova Scotia RCMP have testified repeatedly at these hearings and though I haven't reviewed all the testimony I can't remember reading of a single time when they accepted responsibility for significant mistakes, errors in judgement, miscalculations, or clumsy ineptitude -- nope, all the things that went wrong in April 2020 when a crazy nut spent hours driving around killing people and burning houses and 22 people died has all just been blamed on fog of war, acts of god, not knowing what was happening, it was dark, or somebody else's fault.
So today, it was the RCMP Commissioner's turn to be blamed, for the awful communications after the event. Lucki apparently ordered the RCMP commanders on site to release the number of people killed and they futzed around and didn't do it so she did and then they were all insulted and so she went to Nova Scotia to reprimand command staff and she made people cry.
Oh, the horror!
Here is the report (PDF) where this chain of events is detailed - Public Communications between RCMP and Governments following the Mass Casualty.

RCMP statements were riddled with mistakes and omissions after N.S. mass shooting https://t.co/xtVgvTRHVB

The Nova Scotia RCMP management seem to have screwed up from the beginning of this nightmare. They have blamed everyone except themselves.
So now it's the Commissioner's turn.

This is what Evan Scrimshaw wrote tonight about the whole debacle:

Here's where we have to read the tea leaves – what was said in the meeting between Lucki and Campbell is unknown, except that Campbell said that he made the decision to disobey her direct order on operation grounds, and that Lucki was so harsh some people cried. On the latter part, boo hoo. Who fucking cares if your boss was mean to you after a monumental fuckup. Cry more. On the former part, also fuck off, because I didn’t think that police officers got to disobey direct orders because they feel like it. Under no reasonable org chart does the fucking Commissioner not trump whatever the fuck his job title was, and he disobeyed a direct order. Yeah, you get yelled at for that.

Other commenters are not impressed with the sudden burst of political tut-tutting after politics reared its ugly head.

New rule: if you haven’t mentioned the inquiry into the absolutely horrifically bungled RCMP response into the #Portapique massacre prior to today, you don’t get to pretend to care about it now that there’s some bullshit peripheral political brouhaha.

It’s so depressing. They fucked up during the shooting and then could not explain themselves, and here we are. It’s unfair to the victims, the families, Nova Scotians and the many good officers out there driving down gravel roads with the buffalo on the door.

Jan 6 Committee:
Powerful testimony at the hearings today, from people whose lives have been ruined because they stood up for the US constitution and did the jobs they were sworn to do.
This statement from Rusty Bowers was particularly moving:

"I do not want to be a winner by cheating," wrote Arizona GOP House Speaker Rusty Bowers in Dec. 2020.

He testified to the #Jan6Committee that he refused pleas from Trump's team to de-certify the state's electors https://t.co/Um1ScPawG2 pic.twitter.com/Icq1SfbWYu

A gasp in the room as Shaye Moss testifies she received countless violent and racist threats on Facebook messenger including the threat “You’re lucky it’s 2020 and not 1920.” #January6thCommitteeHearings

I know what it’s like to have the President of the United States attack me. Stay strong. We are better than him and we will prevail. Much love!

"I was thinking about the weird, psychotic fear that has overtaken millions of Americans...friends I have known for years now seem to speak a different language, a kind of Fox-infused, "Gish Galloping" patois that makes no sense" omg @RadioFreeTom 😂 https://t.co/22kFnBBHIY

Adam Schiff's closing statement today may just be the most powerful speech of the year. Every American needs to watch this. Make sure to share it with a friend. https://t.co/OLIKc7MmKC

Uvalde massacre:
People are getting angrier and angrier as more information emerges about the inept cowardice of the police:

as we learn more details about more ways police misled the public about Uvalde, remember: the vast majority of claims about individual crimes/police interactions that appear in media are based completely on the unconfirmed and uninterrogated word of unnamed police spokespeople https://t.co/3uD8W024UR

They didn’t give up. They protected the active school shooter, and then proceeded to work on the coverup and every single officer should be charged as such.

Isn’t thus the guy who called Beto O’Roarke a “sonofabitch” during the initial press conference — for calling out their bullshit?? https://t.co/4SdXCt5uwh

Looks like Mayor Don McLaughlin is feeling the pressure.

Fact is, he has singlehandedly helped to shield Uvalde ISD police chief Pete Arredondo, swore in Arredondo, and helped to cover-up the botched response that allowed 19 children and 2 teachers to be slaughtered.

And in other news:
About Ukraine:
At Daily Kos, Mark Sumner provides an update today:

Every time it seems impossible that the intensity of combat in Ukraine could increase … it increases. On-the-ground reports, official Ukrainian statements, and NASA’s FIRMS data all agree that conflict is hitting staggering new levels. There are reported Russian offenses taking place in both Kharkiv and Kherson oblasts. At the same time, Ukrainian counteroffensives are reportedly continuing in these areas. And there is what both sides are treating as the main prize at the moment: that continued area of Ukrainian control extending east to Severodonetsk.
...Ukrainian officials had earlier signaled that this week would be “decisive” in the battle for Severodonetsk. However, a withdrawal from the city may already be underway.

Generating and deploying reserve units to the front is “likely to become critical to the outcome of the war,” on both sides, the U.K Defense Ministry said. pic.twitter.com/EPv8fKi26O

Russia's threats against Lithuania have mostly one aim: to sow divisions in the West/NATO. There are already voices slamming Vilnius for the 'blockade' of Kaliningrad. Well, the real blockade is in the Black sea: of Ukrainian ports by Russia. K-grad still has air, sea connections

"It's a great honor for me. You are my hero. You quit a great acting career for this."

Ben Stiller meets Ukrainian President Volodymyr Zelenskyy in Kyiv. The Hollywood actor was in Ukraine as a U.N. goodwill ambassador.

About the FreeDumb Convoy:

If your plan is to ruin Canada day festivities for those who haven’t been able to enjoy them for 2 years… you’re not an activist. You’re an asshole.

Someone isn't telling the truth.

And by the way, about the Emergencies Act that ended the last convoy:

Hhhmmm. Will you look at that. https://t.co/05MfkPCXWu

On a lighter note -- this is priceless:

A fan catches a ball at the Angels game and gives the ball to a kid.

Same kid catches the ball and returns the favor.

A magic moment at a post office just outside Hull, Quebec. I finally unchain myself from the desk to mail a bunch of stuff, including a very heavy box. The clerk is curious and asks what's in it. I say "rocks". Her ears pick up. So do those of two women near the wicket.

The lesson from Portapique and Uvalde is never to trust police accounts of events, especially after they've messed up. Things look very different when the facts come out.