Today's News: Some comments on the passing scene

Just a bunch of observations today on the passing scene.
First up, interest rates. And I do mean up.
Now, perhaps there is a problem with the conventional wisdom that raising interest rates will stop "inflation". The problem is - maybe it won't.
As Atrios (economist Duncan Black) describes it:

A problem at the moment is the conflation of "increases in the Consumer Price Index" with "inflation" and they aren't precisely the same thing. At least, the theoretical concept of "inflation" which economists think about when they are lost in their models is not identical to this, especially over the not-very-long-term.
Supply chains bottlenecks, energy price spikes, and various monopoly power pricing are not "inflation" as imagined by economists. If it isn't essentially "too much money sloshing around" then "less money sloshing around" is not the solution.
Inflation as currently experienced by consumers is not the "inflation" that is solved by jacking up interest rates and driving people out of work, and in fact this solution is likely to exacerbate the problem in addition to creating additional economic misery.
Good job, everyone, as usual. Now you can move on to the next disastrous idea while blaming (spins wheel) trans people.

Folks, please spend a moment reviewing this data. The lie that Joe Biden or policies implemented to help people struggling with COVID caused our current inflation levels needs to be put to rest once and for all. https://t.co/VB2up4j85G

Beware promoting "told you so" economists who got the causes of this inflation wrong, who continue to harp on Biden Admin public policy as the problem even though inflation is a global problem and Biden policies played a minor role in fueling the current situation. 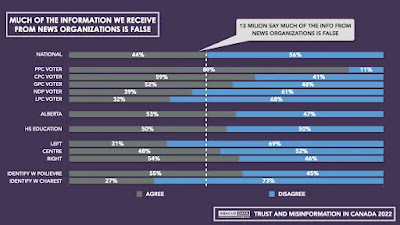 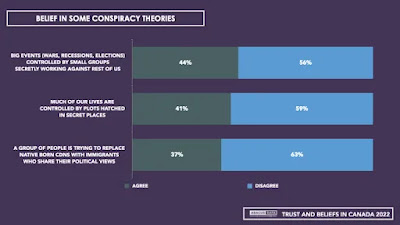 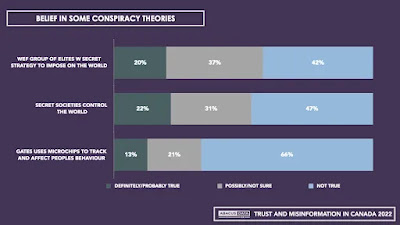 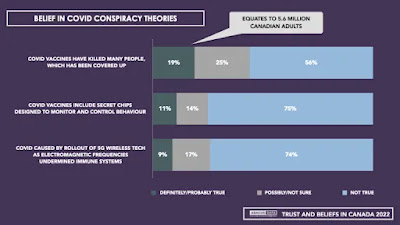 Third, the Klondike papers.
Speaking of sorting out conspiracy theories vs real information, there's something going on in Canada now called the Klondike Papers and I don't understand it. But wiser heads are maybe starting to.
It may prove enormous malfeasance in high Conservative places.
Or it may not.
Here's the link to journalist Justin Ling's tweet thread from yesterday:

You asked for it: Just what the hell are the #KlondikePapers, and do they prove a sinister Evangelical conspiracy?

The answer may surprise you.https://t.co/nC6vPkmQSl

Excellent thread on #KlondikePapers and the necessity to have them reviewed and corroborated before we decide who is involved and what the confirmed connections are. Patience, grasshoppers. 🪶🥰 Rest with peace in your spirit and hope in your heart. Tomorrow, rise with love. 🪶😊 https://t.co/jr6hitqyyt

BTW that's not how I feel. Just testing the waters to see what others think.

I guess Ling took the place of Paul "The Resistance" Wells as MacLeans' own manifestation of the Paul Wells rule:

"If everyone in Ottawa 'knows something,' it's probably not true."

The YOW bubble "just knows" the #KlondikePapers are fake. Therefore, they're the real deal.

I love how the past two days, Trudeau and the Safety Minister are fighting back with accurate statements

Moving to Ukraine, analysts are noticing that Ukraine is making progress on the southern front toward Kherson:

Otoh. the Ukrainians have retaken basically as much land as they have lost in the Donbas in the last 4 weeks in their offensive towards Kherson. This is as important as the offensive in the Donbas, but you dont read stories of Russians struggling in this front. pic.twitter.com/XSi3zfccTd

At Daily Kos, Mark Sumner reports on the Kherson offensive also. He notes:

Ukraine is going to have to fight through a whole series of Russian-occupied villages and hard points, and they’re trying to do so without leaving a trail of absolute destruction.
It all adds up to a formula that is extremely unlikely to generate the kind of rapid, decisive results that would be so gratifying. However, there’s some extremely good news out of all this.
Just two weeks ago, we were talking about Russia mounting another assault on Kryvyi Rih to the north, or sending a column to Zaporizhzhia to the northeast. Neither of those things materialized.
Because even if we’re not sure where Ukraine’s counteroffensive is being most effective, everyone agrees that Ukraine is on the offensive. And it’s being effective.

And in his update today, Markos notes that Ukraine is getting all the ordinance and ammunition it has asked for, contrary to some of the negativity we have been reading from the 101st Twitter Brigade.

Dumb joke. If properly supplied, given their range, one launcher can cover each of those fronts. The challenge isn’t the number of launchers. It’s supplying enough ammo. https://t.co/UpJCH2sxi2

Markos also notes that European nations are sending arms to Ukraine without making big announcements about it:

I’ve seen more Italian Air Force flights into Rzeszow [Poland] the past few weeks than almost any other country. Yet they’ve never once made a broad announcement about what they’re sending. They’d rather help quietly, rather than rub it in Russia’s nose. Same with the French and even the Germans, as much shit as they get. Stuff is flowing in 24/7.

And a few more comments on the passing scene:
Andrew Coyne compares Conservatives then and now:

Today’s Conservatives jump up and down about vaccine mandates and the WEF, but have next to nothing to propose in the way of serious policy changes. Mulroney brought in free trade, radical tax reform, sweeping regulatory liberalization etc etc etc.

The test of your “conservatism” then becomes not your willingness to stand up for conservative principles, but your readiness to abandon them if that is what the leader’s office and the expediency of the moment require.

It’s so great that Twitter has all these unofficial (and often anonymous) epidemiologists, climate scientists, economists and medical doctors to weigh in every time I tweet about something they disagree with. Super helpful.

Finally, this is completely off-topic, I know. But here is a tweet thread with such useful advice for academics submitting their research for publication, and dealing with Revise & Resubmit requirements (and the dreaded Reviewer Two). So I just had to add it into this post:

What I have learned as a political science author and editor about coping with peer reviews: a 🧵for early career scholars about how I handle the horror of an R&R. Just kidding, but you know who you are R2: (1/)