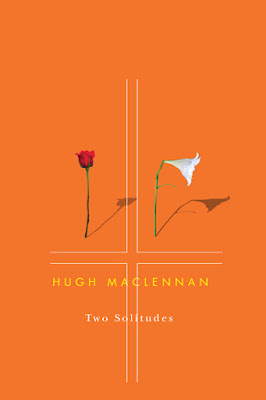 What’s novel and disconcerting is the degree to which an emerging far-right ecosystem tooled itself into a totally insulated rapid response organ. A real-time streaming funhouse hall of mirrors....
What is big appears small. What is small appears big. Everything is warped and reflected into infinity. But perhaps the single most significant change we’ve seen over the past year is the total decoupling from quasi-mainstream networks and platforms into something wholly separate.
A key component of Donald Trump’s 2016 election effort was speaking to the masses on Facebook. The core way he diffused his message as president was on Twitter. Fox News, even if it was sycophantic to the administration to the extreme, at least existed as part of the mainstream news ecosystem.
Last night’s committee hearings showcased the degree to which this new alternative system is fully operational. Revolver News and The Gateway Pundit are now fully normalized as respected news sources (they are not.) Politicians like Gatez and Taylor-Greene can count on huge numbers as they begin livestreaming, doing instant commentary on the hearings. Telegram channels give you the requisite clips from the right sources, so you don’t even need to run the risk of turning on the TV and experiencing an uncomfortable opinion. The sheer number of platforms — to continue my list from above: Odysee, Parler, Bitchute, Frank Speech, and more — gives the illusion of choice, diversity, and multiple perspectives. In reality, they’re all rowing the same direction.
This is full-service disinformation.
This isn’t thousands, tens of thousands, hundreds of thousands — we are talking about millions, maybe tens of millions, of people entering this hall of mirrors and refusing to leave.
This is, in a word, very bad.

This reminded me of the 1945 Hugh MacLennan novel Two Solitudes - this title phrase describes the social and cultural isolation, a chasm of communication, between French Canada and English Canada
in the first half of the 20th Century.  And his articulation of this distance helped to wake up Canadians to understand how distorted our nation had become, and how necessary it was that people of good will from both sides take steps to change things.
Thus in the 1960s and 1970s in Canada we experienced the Quiet Revolution in Quebec, the English Canadian commitment to bilingualism and biculturalism, a significant increase in French Canadian participation in the federal politics, repatriation of the constitution, the charter of rights, and so forth.  Though our nation also endured the FLQ and the October Crisis, in the end, it worked - Canada did
not shatter, though it came close.
I think the same problem is happening now between left/progressive people and right/conservative people - to a significant degree now in the United States and also now to some extent in Canada, we again have a society with Two Solitudes.
A significant proportion of the 70 million Americans who voted for Donald Trump in 2020 evidently
no longer seem to feel any sense of patriotism or purpose or common cause or even common humanity with the 80 million Americans who voted for Joe Biden.
I don't know where this will end, or how. But it could be, in a word, very bad.

Some gamed it out in advance.
Their running assumption was that violence would be seen as another round of 2020 riots and that the police would be on their side.https://t.co/WRfkCTS2DA

Here is the beginning of CBS News correspondent Scott MacFarlane's tweets describing what has happened to some of the insurrectionists seen in the video last night. Many of them have been jailed
for a year in pre-trial detention.

The Proud Boys. Some are newly charged with *seditious* conspiracy. Yesterday a group of them appeared in DC court and pleaded not guilty to new charges. Some are seeking to move their trials from DC.. claiming jurors are biased pic.twitter.com/wdq6SjwNbX

Democracy in the US is dying so long as these authoritarian tendencies are gaining.https://t.co/KYUnZrdQ2Q